Basim Magdy's exhibition comprises a newly commissioned film, a series of photographs, and a text piece. Will Yackulic's practice investigates the tension between the concrete and imaginary, setting formal representation against the parts of human identity. The Baton is a New Commission by Daphne Fitzpatrick in the Storefront Project Space. 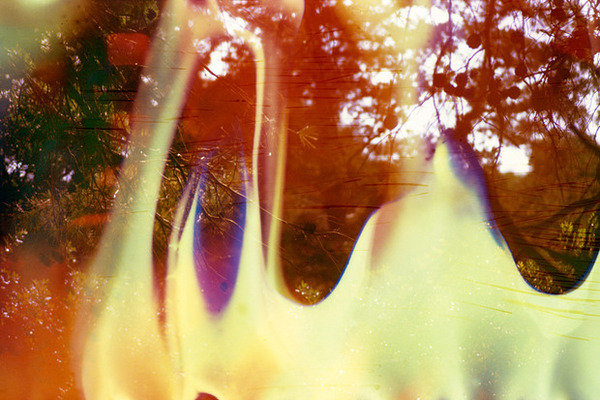 Basim Magdy
An Absent Population Laughs at its Haunting Withdrawal

An Art in General New Commission
Curated by Anne Barlow

Interested in the power of mass media, information systems, and scientific theories—and the relationship between what is real and fiction in such domains—Magdy uses a combination of images and words to construct narratives that can be humorous, reflective, or disquieting, but never linear. His work is at once suggestive of times past, present and future through the seamless interweaving of imagery—from historic ruins, to futuristic landscapes, to everyday scenes from a nondescript present. Alongside an implied desire to know what the future holds is a sharp critique of the notion that the passing of time is indicative of societal progress. Rather, his films suggest the constant push-pull of a striving for progress against cycles of repeated failure: the future becomes less about promise than a continuous re-enactment of the present.

As with many of his films, the sense of ‘place’ in The Everyday Ritual of Solitude Hatching Monkeys is undefined, having been shot in multiple locations. The central figure is a man who has been abandoned as others leave for the beach: a story that feels like a recurring bad dream where one can never reach one’s destination. The accompanying script, which appears in different colors that correspond to those of each scene, speaks of the man’s fear of the sea, feelings of emptiness, hope and failure, a yearning to know what future a prophecy might foretell, and an ominous reference to a line in T.S. Eliot’s The Waste Land, which tells the story of Phlebas the Phoenician, who died, apparently by drowning. The script, inspired by the uncanny short stories of Magdy’s father, Magdy El-Gohary, rarely corresponds to the mesmerizing, luscious colors of the scenes and their content, creating a sense of displacement and disorientation. Despite the final rally to ‘start anew’, notions of renewal and regeneration seem to be refuted; as the man in the film asks: “Tell me, how do you deal with the relentless repetition of reality?”

Just as Magdy manipulates his films with household chemicals and layers frames within them to produce an incredible range of colors and effects, the photographs in The Hollow Desire to Populate Imaginary Cities come from different film stocks that have been exposed and treated in various ways. Seemingly mundane images from, for example, audiences watching a performing seal, to a car and a manufacturing plant, are rendered other-worldly through vivid color, pigmentation and deterioration.

The idea of the relationship of the individual to the masses is ever-present: from the man’s monologue amidst the ‘hundreds, millions’ and references to training monkeys, to the photographs and the text piece Clowns that comment more overtly on systems of structure and power within society as a whole. While its sentiment could be applied to various times across history, Clowns also seems ultimately about the now: “After much contemplation and debate, the clowns that run this degenerating society agreed there was only one way to explain the status quo to the masses: they are clowns too, which leaves everybody without an audience.”

This commission is produced by Art in General in collaboration with HOME, Manchester, UK.

Art in General gives special thanks to Letternoon and Squid Frames for their support of this exhibition.

Art in General is pleased to present Enigma Variations, a solo exhibition with Will Yackulic in the Museé Minuscule. Inspired by the nineteenth century Variations on an Original Theme for Orchestra, in which Edward Elgar composed musical scores that revealed aspects of friends’ character traits, Yackulic initially took the personalities of his peers as source material in this latest body of work. Manifesting as clay constructions with complex geometries, the renderings are fairly incomprehensible, skewing toward the allegorical. As a portraitist, Yackulic searches for essence, if not likeness. The artworks are receptacles of intimacies—vessels in the literal sense as each acquaintance was asked to privately deposit an object inside their hollow, ceramic flask. Maintaining an unknown relationship between interior and exterior, the subject of each study remains anonymous, and the artist is blind to the items sealed inside. The newest sculptures in this series, on view at Art in General, demonstrate a development into a broader study of our shared tendency to invest form with personality. Titled Strangers, these are empty reliquaries. The tiny sculptures suggest monumental tomb architecture in form, seen perhaps most clearly in Yackulic’s architectural drawings, companion pieces to the Variations. Farther into the future, Yackulic imagines the urns as archaeological findings—foreseeing the uncovered artifacts as memorializing objects, evidence of the modes of exchange in which they took part.

Yackulic’s artistic practice investigates the tension between the concrete and imaginary, setting formal representation against the parts of human identity that seem perpetually elusive, as well as the limits of language and technology. Engaging interests such as science fiction writing, psychology, and the occult, Yackulic’s work manifests as artist’s books, painting, works on paper, and zines, employing techniques including letterpress, staining, and xerography. Drawing on the mind’s natural tendency to organize and categorize, Yackulic uses a systems-based logic to generate his varied, aggregate forms—creating imagined structures, architectonic lettering, and post-natural topographies.

Will Yackulic was born in New York City and is currently based in Sheffield, UK. He received a Bachelor of Fine Art from the State University of New York and completed studies at Hogeschool vor de Kunsten in Amsterdam and the Lacoste Ecole des Beaux-Arts in Lacoste, France. His work has been exhibited in exhibitions such as Come Together: Surviving Sandy, Industry City, Brooklyn, NY (2013); Out of Bounds, Whatcom Museum, Bellingham, WA (2009); Art on Paper, Weatherspoon Art Museum, University of North Carolina, Greensboro, NC (2008); and Constructed Worlds, f a projects, London, UK (2005). His work is in the collections of the Los Angeles County Museum of Art and The Progressive Art Collection.

An Art in General New Commission
Curated by Kristen Chappa

Art in General is pleased to present The Baton, a New Commission by Daphne Fitzpatrick in the Storefront Project Space. This project marks Fitzpatrick’s first US-based solo institutional exhibition.

Located somewhere between Duchamp and slapstick comedy, Daphne Fitzpatrick’s photography, found objects, and mixed-media installations infuse the quotidian with uncanny meaning through repetition, shifts in scale, and eyebrow-raising juxtapositions. In her work, cultural references from the Western art historical canon to Groucho Marx all coexist using the language of surrealism and the organizing structure of the non-sequitur. The artist is equally fascinated by the history of the flâneur and the tastes of the dandy – those who developed a refined aesthetic position by appropriating neglected or subversive characteristics of the urban landscape.

For Fitzpatrick’s newly commissioned project at Art in General, sculpture and photography—the two dominant mediums of her practice—are presented side by side. Scrolling images that will be updated over the course of the exhibition’s run offer a look into art and street life through Fitzpatrick’s eyes. Like a stream of consciousness in pictures, we see the figure moving through the city. Seemingly disconnected at the outset, these sequences reveal narratives through selection and careful cropping. Key to her photography is the drama and intimacy of the close-up that highlights emotional content in specific moments, as well as capturing readymade objects “made” by forces of nature such as wind, sun, or the trampling of feet.

The artist’s object-making has a light touch akin to the sensibility of her images; she resists over-working materials in favor of gesture and intuition. Like one-line poems, her three dimensional forms seem to manifest with the immediacy of a camera click. On view, the figure reappears in Fitzpatrick’s sculptural installation as a French baguette scaled to six feet high, co-mingling with an upended, Magritte-style pipe. Such uses of off-kilter jokes and semiotic witticisms connect to a broader practice rooted in radical feminism, where seemingly laughable statements about sex and gender often sway toward the crude or abject. Fitzpatrick’s work offers up a contemporary brand of identity politics that reveals elusive and unconscious complexities over essentializing features or overtly didactic statements. In the vein of gallows humor, visual or linguistic jokes manage underlying anxieties.