Rainbow in the Dark

The exhibition takes a post-secular perspective, investigating how contemporary art challenges the outdated opposition between religious and secular societies. It explores the way current art addresses the appeal of rituals, mysticism and the irrational beyond the horizon of modernity. 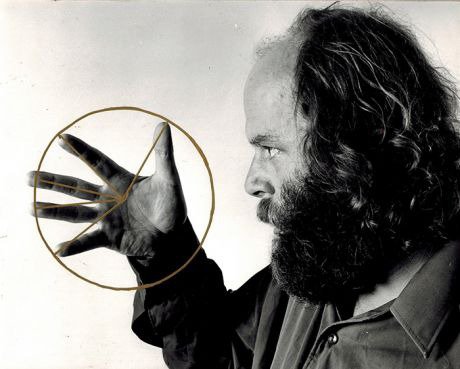 Curated by Sebastian Cichocki and Galit Eilat in collaboration with SALT

Rainbow in the Dark is formed by a group of works that tackle issues related to religious rituals, gender politics and spirituality. The exhibition takes a post-secular perspective, investigating how contemporary art challenges the outdated opposition between religious and secular societies. It explores the way current art addresses the appeal of rituals, mysticism and the irrational beyond the horizon of modernity.

One of the major phenomena in contemporary society is the growing influence of monotheistic religious practices. Radical movements in Islam, Christianity and Judaism appear to penetrate ever-widening areas of social life, to the point where they threaten the more traditional understanding of religion. Additionally, we can observe how social movements stem from religious groups or turn towards religion in order to gain political power in different parts of the world, including South and North America, Poland and Turkey.

To start an investigation into the influence of religious norms on society, a core group of works were selected from the collection of the Museum of Modern Art in Warsaw. Black Pope, Black Sheep (1987) by Mirosław Bałka is a work true to the spirit of the latter half of the 1980s (a time of anxiety and tension at the twilight of communism in Eastern Europe), which at the same time expresses trust in the approaching breakthrough that was to shake the foundations of the world. Shown alongside this work is an inquiry by Zofia Rydet who tracked down the traces of religious cults in Polish homes from the 1970s to 1990s. These photographs are selected from her epic Sociological Record series (1978-1997), and are presented here for the first time in a contemporary art context.

Many of the works gathered in the exhibition share a more ecstatic and spiritual aspect, as well as accommodating similarities between the institutionalized “systems of faith” of both religion and art. A group of rarely exhibited artworks by Paweł Kwiek include Ecumenism of art (1988) in which the artist tests the power of color to represent sacrum. Kwiek’s practice in the 1980s employed rational avant-garde strategies. Later he continued to use avant-garde methods and aesthetics, yet the content and references become more engaged with spiritual and sacral art. This and other works from Poland examine the unexpected alliance between the Roman Catholic Church and avant-garde artistic practice during the Martial Law period in the 1980s. Taking the collection of the Museum of Modern Art in Warsaw as a basis, the exhibition expands to include works by artists practicing in Turkey and internationally that address the wider growth of religious movements and their influence.

Consideration of religious rituals, which are either staged as secular performances or “strengthened” by the use of artistic tools, are the focus of a number of artistic works. Artur Żmijewski’s video The Mass (2011) involved a theatrical re-enactment of the liturgy of the Roman Catholic mass with professional actors, yet the final aim of the service – the transfiguration of the wine and bread into the body of Christ – does not happen. Köken Ergun’s video installation Ashura (2012) complexly documents the preparations for the performances that commemorate Ashura in a neighborhood of İstanbul, Turkey. In Poland, Teresa Murak was of the main artists participating in the “church exhibition movement” in the 80s during the Martial Law, and co-organized processions and public prayers where her organic sculptures played an important part of the liturgy, while Zbigniew Warpechowski performed actions related to the way of the cross and the crucifixion, in which he commented on modern idolatry. Having grown up in Egypt, Wael Shawky recalls the history of the Crusades rewritten according to Arabic chronicles, using puppets made at workshops in Provence according to the 18th-century “santons” technique used for manufacturing clay puppets for Christian nativity plays.

Another group of works in the exhibition deals with standards of behavior, gender regulations and aesthetic preferences that traditional religious communities conform to in daily life. Nilbar Güreş’s photographs from Trabzon show women breaking the rules of socially accepted practice in public space and hints at restrictions enforced upon the female body. Fayçal Baghriche collects images from art magazines found in Dubai where controversial content is blacked out by hand-made ink marks. Virgínia de Medeiros documents the complex life of Sérgio, an evangelical preacher who also practices Candomblé and lived formerly as a transvestite called Simone. Fatma Bucak re-enacts the “archaic” drama of a daughter’s relationship with the powerful, fearsome Biblical and Koranic father figure. Jonathan Horowitz subverts the religious symbolism of the cross, by transforming the singular torment of the savior into a sign of shared suffering.

Finally, the exhibition is tied together by several works that interweave elements from the monotheistic religions. Trellis of My Mind (1998) by Gülsün Karamustafa is a frieze that includes illustrations copied from Islamic, Christian, and Jewish manuscripts to create a kind of visual space containing our collective past. Slavs and Tatars’ projects confront seemingly opposing or incompatible concepts, such as Islam and Communism, metaphysics and humor, or pop-culture and geopolitics. Mother Tongues and Father Throats (2012) deals with linguistic issues and is dedicated to the vocal sound “khhhhhhh,” which is not present in many Western languages and therefore marks a boundary between East and West. The installation by Walid Raad, related to the artist’s ongoing engagement with “Islamic Art” and “Modern Arab Art” touches upon the theme of “magical objects,” or more specifically, things that talk and influence our lives. Raad references the striking similarity between religious rituals and codes of contemporary art institutions, with their secular “shrines,” “saints” and “holy relics.”

The project is co-financed by the Ministry of Culture and National Heritage of the Republic of Poland, as part of the cultural program celebrating the 600th anniversary of Polish-Turkish diplomatic relations throughout 2014.

Novembre 14, 2014 18:30
SALT Beyoğlu, Walk-in Cinema
Sebastian Cichocki, Galit Eilat, Köken Ergun, Ayşe Çavdar
Organized in parallel with the opening of Rainbow in the Dark at SALT Galata, this conversation will delve further into references and ideas raised by the artworks found in the exhibition.

November 15 and 16, 12.00
Running in parallel with the exhibition Rainbow in the Dark, a screening program is organized in collaboration with the Museum of Modern Art in Warsaw, curated by Dorota Michalska. Free admission

Image: Paweł Kwiek, from Meetings with the light, 1991. Courtesy of the artist and the Arton Foundation, Warsaw