Lily's Pool is a group exhibition. Lea Cetera presents a new installation 'Sprawl'. Through a wide range of styles and mediums including installation, assemblage, sculpture and painting, Michael Linares' artistic practice consistently raises the possibility of new relationships between objects and signification. 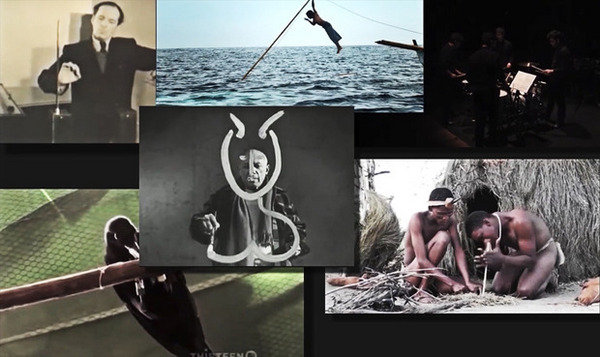 Now I will tell you what happened at the Lily’s Pool. A welcome ceremony. It was on the verge of North and South. Yet everyone remembered a sunlight. Some say it was a perpetual flight, others claim the moon needed one half of a turn.

Featuring the work of seven emerging Latvian artists, the group exhibition Lily’s Pool attempts to capture the presence of subtle, tangible, and poetic phenomena within a mediated post-Internet, “post-natural” culture. The participating artists utilize the varied mediums of drawing, painting, sculpture, textile, and performance to grapple with the personal and historical memory of materials in a contemporary society engrossed in the fleeting structure of the digital. The works in the exhibition create environments that are at once palpable and uncanny, examining how the physical and social body is affected by accelerated temporalities and the sensations of high-speed browsing and sharing in daily life.

A karaoke performance by Kaspars Groševs will take place during the opening reception on January 22, 2015. The performance is inspired by Latvian sculptor and writer Edward Leedskalnin (b. 1887) who crafted the Coral Castle monument in Florida after emigrating to the United States. Coral Castle was dedicated to the artist’s former Latvian lover he called “Sweet Sixteen.”

Ieva Kraule (1987) is currently a MA candidate in Visual Communication at the Art Academy of Latvia. Recent solo exhibitions include Nobody dances like that anymore at gallery 427, Riga (2014); …if all you told was turned to gold at Vita Kuben, Umeå (2014); Loneliness will be my greatest treasure at Kalnciema kvartāls gallery, Riga (2014); 11 out of 10 at kim? Contemporary Art Centre, Riga (2013) and Long Awaited Holidays by the Abyss of Fictitious Memories at the gallery Bastejs, Riga (2012). Kraule is a co-founder and curator of gallery 427 in Riga.

Kristīne Kursiša (1979) attended Higher Courses of Film Writers and Directors Institute in Moscow and received her M.A. in Visual Communication at Art Academy of Latvia. Kursiša has been collaborating with artist Miks Mitrēvics since 2003. Recent solo exhibitions include April showers (with M. Mitrēvics) at P/////AKT, Amsterdam (2014); Let me google that for you (with M. Mitrēvics) at Netwerk, Contemporary Art Center in Aalst, Belgium (2014) and Galerie VidalCuglietta in Brussels (2013) and Seven Thursdays (with M. Mitrēvics) at kim? Contemporary Art Centre, Riga, (2012). Kursiša’s work has been shown in group exhibitions such as Society Acts – The Moderna Exhibition 2014 at Moderna Museet Malmö, Sweden (2014) and Vortex at Project Space Garage, Moscow (2014).

Miks Mitrēvics (1980) received his Postgraduate (Laureate) at HISK – Higher Institute for Fine Arts in Belgium and his M.A. in Visual Communication at Art Academy of Latvia. Mitrēvics has been collaborating with artist Kristīne Kursiša since 2003. Recent solo exhibitions include April showers (with K. Kursiša) at P/////AKT, Amsterdam (2014); Let me google that for you (with K. Kursiša) at Netwerk, Contemporary Art Center in Aalst, Belgium (2014) and Galerie VidalCuglietta in Brussels (2013) and Seven Thursdays (with K. Kursiša) at kim? Contemporary Art Centre, Riga (2012). Mitrēvics’ work has been shown in group exhibitions such as Society Acts – The Moderna Exhibition 2014 at Moderna Museet Malmö, Sweden (2014) and Vortex at Project Space Garage, Moscow (2014). Mitrēvics represented Latvia in the 53rd International Art Exhibition of the Venice Biennale.

Armands Zelčs (1978) attended the Art Academy of Latvia, Department of Visual Communication, and the Berlin University of the Arts (UdK), Fine Arts Department. Recent solo exhibitions include Trails of Fading Landscapes (2013) and That is not which is. The name of that is known (2011) at kim? Contemporary Art Centre in Riga. Zelčs’ work has been shown in group exhibitions such as 24 Spaces – Cacophony at Malmö Konsthall, Malmo (2013), Exchange at Gallery Stiftung akku Emmen, Lucerne, Switzerland (2012); A Smiling Lady on a Tiger at Städtische Galerie, Bremen, Germany (2010) and Qui Vive? at the Moscow Museum of Modern Art (2010).

kim? Contemporary Art Centre (Riga, Latvia) was founded in 2009 and supports the developments of emerging artists, curators, and theoreticians through exhibitions, lectures, publications, and other programs related to recent art, theory, and social issues. In 2013, kim? and Art in General co-curated the Latvian pavilion at the 55th Venice Biennale. Recent international collaboration projects include Vortex at the Garage Museum for Contemporary Culture in Moscow; a series of three solo exhibitions at Vita Kuben Gallery in Sweden, and Ola Vasiljeva’s New Commission Jargot at Art in General.

Art in General is pleased to present Sprawl, a New Commission with Lea Cetera in the Storefront Project Space.

In this newly created installation, Cetera draws inspiration from the consumer language of the storefront window, employing its specific layers of flattened perspective produced by glass-walled architecture, and tight proximity of space that is both public and private. As with her broader artistic practice that often updates the concerns of 1960s Minimalism, Cetera here engages with the phenomenological aspects of navigating the built environment that influence our psychological and emotional states. This project includes performance, live-feed and prerecorded video, and a series of new sculptures that recall the window grates and security fences that are prominent features of the urban landscape. Her objects reference these peripheral, precautionary elements found in New York City in their formal relationship to the human body’s scale and shape, as well as their functionality in guiding or blocking the body’s capacity to grasp, reach, or climb. Addressing the condition of simultaneous visibility and invisibility that comes with city dwelling, Sprawl draws the street viewer and passerby into a fourth, projected space that implicates them in the acts of viewing and being viewed as participants in the constructed and surveilled environment. For the artist, these gestures serve as metaphors for aggression, control, and self-preservation, as well as comfort, safety, and order—all omnipresent concerns of contemporary urban life.

Emerging from a collaborative background in theater and filmmaking, Cetera works in video, sculpture, and performance to produce temporal installations that examine the space between object and body, public and private, virtual and real. Utilizing techniques culled from the moving image, stage design, and puppetry, her work investigates constructed identities, the mediation of contemporary technology, the alienation of the human body, and the aura of fetishized objects.

Art in General is pleased to present A Random History of The Stick, a solo exhibition with Michael Linares in the Musée Minuscule.

As early as the Pliocene epoch, the stick as a specific, three-dimensional form has played a vital role in the technological, social, political, aesthetic, and religious development of humanity and some animal species. The chimpanzee’s tool that catches termites, the facial ornamentation of the Yanomami people, the Shulgi of Ur’s weaponry—as well as the toothpick, knitting needle, and vaulting-pole—all represent a minute slice of the myriad transfigurations that this form has undergone throughout history.

For Linares, the stick serves as concrete evidence of the neurological evolution of some animals and indicates their ability to create metaphor. It is an ancient example of the moment when an object, such as a branch or bone, ceases to be what it inherently is and becomes an instrument with transformed meaning and purpose. As such, Linares considers the stick to be an archetype of a “thing;” a vessel devoid of connotation that anticipates signification through utility. Treating the stick as a readymade, Linares divests it of any original use value or context, presenting the form as dependent on conceptual shifts with radically altered implications and functionality.

A Random History of The Stick is the formal outcome of Linares’ investigation into the history and quotidian uses of stick-like objects—defined as long, rigid shapes, the length of which are dependent on function and proportion in relation to the body. As a simple machine, a stick can transform energy, increasing tangible force as with a baseball bat, or symbolic power as with the baton, wand, or sceptre. His study emulates the exploratory and archaeological method of prospection—involving image, text, video and data gathering—with the aim to generate an audiovisual archive that represents a collective knowledge base. In this project, Linares exploits the gaps that exist in science and history as opportunities to create speculative associations and narrative. Comprised of YouTube clips edited into a layered, moving-image collage, this video installation of the same title is part of a larger body of works in progress.

Through a wide range of styles and mediums including installation, assemblage, sculpture and painting, Michael Linares’ artistic practice consistently raises the possibility of new relationships between objects and signification. Mixing the foreign with the familiar and the marvelous with the mundane, Linares disorganizes what is perceived as common sense to create unexpected combinations that opportune new aesthetic and intellectual understanding. Central to his practice is the exploration of new connections between audience and art in a way that asserts the spectator’s role in the production of meaning. Rather than an aesthetic experience in and of itself, the artist sees his work as a vehicle for possible aesthetic experiences that remain open, ever changing, and ready to be redefined.

Michael Linares was born in Bayamón, Puerto Rico and is currently based in San Juan, PR. He holds a Bachelor of Fine Art from the EAP School of Fine Arts of San Juan, where he currently teaches, and is a MA candidate in Archeology at the Centro de Estudios Avanzados de Puerto Rico y El Caribe. In 2010, Linares completed the Beta-Local residency program (Independent Studies) in San Juan. Notable solo exhibitions include Outside In / Out, MACO Art Fair, Mexico City (2014); Unpainting, Walter Otero Gallery, San Juan (2013); Was it a rat I saw?, Ltd Los Angeles, Los Angeles (2013); Así las cosas (This being so), Bass Museum of Art, Miami (2012); Useless, PINTA Art Fair, London (2010); and Found & Lost, Museum of Contemporary Art of Puerto Rico (2009).

Image: Michael Linares, A Random History of The Stick (still), 2014. Courtesy the artist.