The exhibition features 20 artists who engage the strategies and themes of stand-up comedy as a means to rethink questions of audience participation and public speech. Contemporary the museum presents "A Legacy of Art Loved" a selection of artworks generously donated by the Shapiro family. 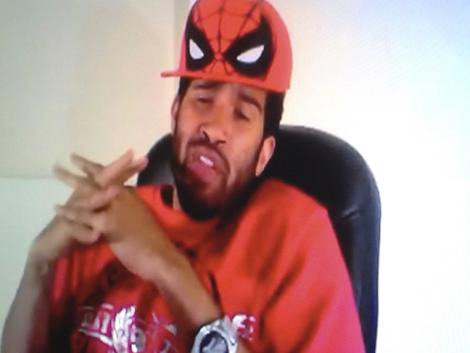 Laugh-in: Art, Comedy, Performance explores the recent turn toward comedic performance in contemporary art. The exhibition features twenty artists who engage the strategies and themes of stand-up comedy as a means to rethink questions of artistic performativity, audience participation, and public speech. If stand-up evokes the image of an isolated figure, spot-lit on a stage, this form of comedy resonates with contemporary artists precisely for its direct if uncertain relation to an audience or public. Artists today look to stand-up comedy as well for its emphatic embodiment and its ability to upend hierarchies and power relations. Indeed, stand-up offers a forum in which comics and artists alike may examine stereotypes and taboos, testing what can and can’t be said. The exhibition suggests that this format makes particular sense to artists at a moment when they—like citizens everywhere—are seeking new modes of public address (think of the widespread use of social media, for example, or the recent emergence of the human microphone within the context of the Occupy movement).

The title of Laugh-in intentionally conjures the cultural moment of the late 1960s and early 1970s and, as in its original iteration as the title of a comedy television program, resonates with the ‘sit-ins’ and ‘be-ins’ of that time—and with political currents in the present. Figures such as Lenny Bruce, Andy Kaufman, Richard Pryor, and a generation of female comedians including Carol Burnett, Goldie Hawn, and Gilda Radner, among many others, are touchstones for the artists in Laugh-in, and the exhibition considers such comics within the context of a larger interest on the part of contemporary artists in the decades of the 1960s and 1970s. That period not only saw the rise of stand-up comedy to mainstream prominence, but also crises of political legitimation that find echoes in our own time.

An evening of live experimental stand-up and comedic performance is being planned in conjunction with the exhibition. Check www.mcasd.org for details in the coming weeks.

A Legacy of Art Loved
Gifts from Robert and Dorothy Shapirois

Robert and Dorothy Shapiro were avid and joyful contemporary art enthusiasts who were involved with MCASD for nearly 50 years, from the 1960s to 2012, as supporters, advocates, and collectors. Together they built a collection of works by both established and emerging contemporary artists, from which they donated 20 objects—in painting, drawing, sculpture, and photography—to the Museum.
This exhibition presents a selection of those works, from David Reed’s expressive abstractions to Gillian Wearing’s investigations of identity, and Robert Rauschenberg’s playful use of materials to Luis Gispert’s photographic mashups of art history and hip hop culture.

A Legacy of Art Loved: Gifts from Robert and Dorothy Shapirois organized by the Museum of Contemporary Art San Diego with artworks generously donated by the Shapiro family, and is made possible by proceeds from the 2014 Biennial Art Auction. Institutional support of MCASD is provided by the City of San Diego Commission for Arts and Culture and the County of San Diego Community Enhancement Fund.

Image: Jayson Musson Art Thoughtz: How to Be a Successful Artist, 2010, still from digital video, Courtesy of the artist and Fleisher/Ollman, Philadelphia ©Jayson Musson