Titled 'timemaker,' the exhibition aims to offer a comprehensive overview of Ali Kazma's artistic production of the last decade. 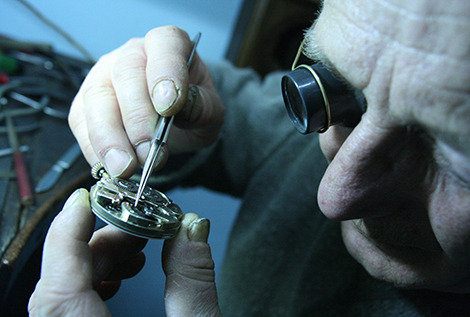 ARTER will be hosting a solo exhibition by Ali Kazma from 30 January through 5 April. Titled timemaker, the exhibition aims to offer a comprehensive overview of Ali Kazma’s artistic production of the last decade. The exhibition is curated by ARTER’s Exhibitions Director Emre Baykal, who has previously collaborated with Ali Kazma for several projects including the Pavilion of Turkey at the Venice Biennale in 2013.

timemaker brings together selected works from two ongoing series, “Obstructions” and “Resistance,” with several other works, making it the artist’s most extensive solo exhibition to date. The exhibition traces the notion of time in the works installed, and in the dialogue between them in relation to Kazma’s own production process. It thus calls for further reflection upon the human struggle to exist within and against time, the time of the body, the working body, the spatialisation of time, the temporality of space and production.

In “Obstructions,” a series that Ali Kazma began producing in 2005 and which as of now comprises 18 pieces, the artist carries out research into the tense equilibrium between order and chaos, life and death. The title of the series refers to the fundamental scientific truth that everything must eventually disintegrate and perish, pointing to the sum of production and repair activities as the individual’s endless effort to fight this inevitable process of annihilation—and ultimately death—in order to at least slow down and delay this process.

timemaker also features a wide selection from the series “Resistance.” In this series, Ali Kazma explores the interventions and strategies that both release the body from its limits and restrict it in order to control it. Since the beginning of the filming process of “Resistance,” Ali Kazma has been visiting various sites to record the processes that both construct and control the body. He explores the struggle to crack the social, cultural, physical and genetic codes of the human body in order to render it perfect, as well as the processes during which the body becomes or is transformed into a conveyor of new symbols and meanings.

Alongside the videos from the “Obstructions” and “Resistance” series, the exhibition features other works including the multi-channel installations Absence, Past, Written and the limited edition book Recto Verso.

The majority of the works in the exhibition will be shown in Turkey for the first time.

Born in 1971, Istanbul, Ali Kazma completed his undergraduate studies in the United States in 1993. After briefly studying photography in London, he returned to the US to study film in 1995. He received his MA from The New School University in New York. Ali Kazma was granted the 2001 UNESCO Award for the Promotion of the Arts and received the 2010 Nam June Paik Award given by North Rhine-Westphalia Art Foundation in the field of media art, with his “Obstructions” series that he had been working on since 2005. Kazma’s video works question and explore the different rhythms and states of human existence and its relationship to contemporary conditions. He has exhibited his works at the Istanbul Biennial (2001, 2007, 2011), Tokyo Opera City (2001), Platform Garanti Istanbul (2004), Istanbul Modern (2004), 9th Havana Biennial (2006), San Francisco Art Institute (2006), Lyon Biennial (2007), Sao Paulo Biennial (2012) and Venice Biennial (2013) among others. Kazma has been living in Istanbul since 2000