A Strong Sweet Smell of Incense

The exhibition will present a personal portrait of Robert Fraser told in artworks and will also evoke the artistically flourishing London of the 1960s, when popular culture, music and art collided with Robert at the epi-centre. 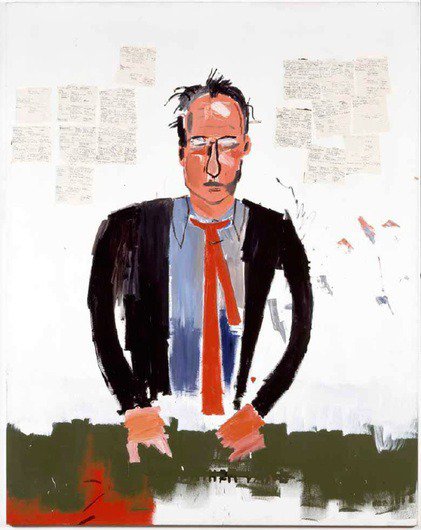 London—Pace London is honoured to present A Strong Sweet Smell of Incense, a momentous exhibition that will take as inspiration the character and career of celebrated art dealer and pioneer, Robert Fraser. Curated by Brian Clarke, in association with Harriet Vyner, the exhibition will be staged at 6 Burlington Gardens from 6 February to 28 March 2015.

Pace will publish a major catalogue to accompany the exhibition, which will include both works shown and archival materials assembled by Clarke. The catalogue will be edited by Clarke and Harriet Vyner, author of Groovy Bob: The Life and Times of Robert Fraser (Faber and Faber, 1999). A second catalogue will accompany a parallel exhibition of recent works by Brian Clarke, presented concurrently at 6–10 Lexington Street (13 February – 21 March 2015).

The exhibition will present “a personal portrait” of Robert Fraser told in artworks and curated by artist Brian Clarke. Clarke was a close friend of Fraser and is also one of Portrait of Robert Fraser by Jean-Michel several artists who were once represented by the Robert Basquiat, © The Estate of Jean-Michel Basquiat / Fraser Gallery – including Jim Dine, Claes Oldenburg ADAGP, Paris and DACS, London 2014. and Jean Dubuffet. Rather than adopting an academic approach, Clarke’s selection of work will seek to capture the spirit and energy of his friend while also providing a historic context for Fraser’s flamboyance, dynamism and avant-garde gallery programme.

In looking at Fraser’s era-defining gallery, Pace’s exhibition will also evoke the artistically flourishing London of the 1960s, when popular culture, music and art collided with Robert at the epi-centre. Paul McCartney has referred to Fraser in Groovy Bob as “one of the most influential people of the London sixties scene”. Robert Fraser was instrumental in producing the Sgt Pepper’s Lonely Hearts Club Band album cover after he introduced Peter Blake to The Beatles.

In the 1960s and the 1980s, the Robert Fraser Gallery was London’s preeminent gallery showing both European and American emerging artists. Fraser opened his gallery in 1962 with an exhibition of works by Jean Dubuffet, and, over the years, fostered close relationships with luminaries of contemporary art. After leaving London to spend much of the 1970s in India, Fraser reopened in 1982 with an exhibition of works by Brian Clarke from the late 70s and early 80s, some of them on view in A Strong Sweet Smell of Incense. These works sparked the inspiration for Pace’s exhibition. “The art world at the time was really tired. Nothing was really happening. But the feeling was, if anything was going to happen, it would be at 21 Cork Street.” Brian Clarke, Groovy Bob.

Clarke’s selection of works in A Strong Sweet Smell of Incense represents the wide ranging influences and eclectic taste of a highly sophisticated aesthete. There are works that Fraser admired, that he owned, that were once on view at his iconic London gallery or passed through his hands or that reflect the cultural background in which the gallery flourished. The artists on view all once exhibited or had close personal relationships with Fraser. Hamilton immortalised his dealer in his Pop Art masterpiece Swingeing London 67, a screen print of a famous news image in which Fraser is handcuffed to Mick Jagger inside a police van, following their appearance in court on drugs charges. The title refers to the term Swinging London and mocks the judge’s decision on imposing what he literally called a swingeing penalty.

Other highlights in the exhibition include a portrait of Fraser by Basquiat, who the dealer represented in the 1980s. A Sweet Strong Smell of Incense will also include a selection of documentary photos of the dealer with artists and friends, and a recreation of Fraser’s desk based on an Ian MacMillan photograph.

Pace London
6 Burlington Gardens
Tuesday to Saturday, from 10 a.m. to 6