At the centre of the works of the youngest generation of artists in the exhibition are quests that instead of cosmic dimensions delve into micro realities. 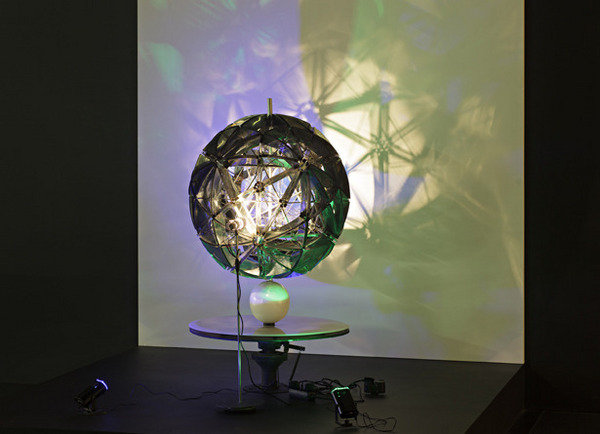 This exhibition traces a striking trajectory in Latvian art—a look at the most experimental and visionary artistic values of their day and their historical transformations. It is an encounter between artists and artworks belonging to different eras, yet allowing the viewer to perceive the legacy of ideas and common currents in the flow of art that have developed over time.

The exhibition looks at the Latvian avant-garde of the 20th and 21st centuries. It ranges from the constructivists Gustavs Klucis and Kārlis Johansons to the young Voldemārs Johansons.

In the 1920s, artists Kārlis Johansons and Gustavs Klucis, who belonged to the Constructivists' group in Moscow, responded to the challenge for art to create a new way to materialise the dynamics of social life. They were interested in experiments, which searched for revolutionary forms, and were driven by confidence that art would be able to embody a new world. Today, the works of both artists are part of the international avant-garde.

The legacy of Constructivism and futuristic ideas returned to the spotlight in the 1970s, during the Cold War, when Latvia had become one of the republics of the Soviet Union. There were several artists—among them, Valdis Celms, Jānis Krievs and Artūrs Riņķis—who were captivated by the quest for an alternative, ideal space and innovative forms. They came forth with surprising proposals for the residential environment in the city, in the nature and even in the outer space, which embodied the problems of the era and at the same time veered away from the real social space. Swedish art historian Margareta Tillberg points that "in the former Eastern Bloc and the Soviet Union, this was terrain where secret classified technology in closed-off factories and research institutes met with the newest currents in art. Surprisingly enough, this is altogether unknown, including the fruitful collaboration of artists' couples, expanding into the fascinating story of kinetic art and gender, and child perception and creativity within heavy industry, only to mention a few ideas. So hopefully the time has come at last for this wonderfully unpredictable, witty and meditative motor-driven art from Ukraine and Russia and Latvia to be introduced to a larger public."

At the centre of the works of the youngest generation of artists in the exhibition—Gints Gabrāns and Voldemārs Johansons—are quests that instead of cosmic dimensions delve into micro-realities. Through aleatory organic forms and systemic ideal structures they interpret the complex processes of both the visible and the invisible reality. The flow of energy and the space of imagination are synthesised in these structures, thus uncovering new visionary worlds.