Keywords a group show and talks programme based on Raymond Williams's study of the vocabulary of culture and society. The exhibition of Richard Hawkins traces how iconic works from Western modern art has been interpreted in a different cultural context. 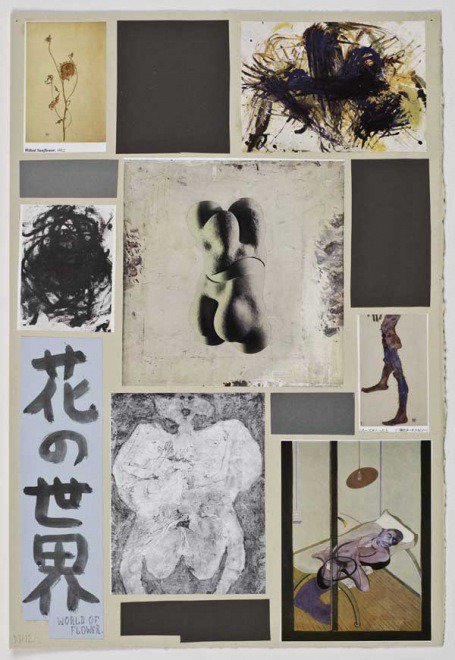 Tate Liverpool in partnership with Iniva (Institute of International Visual Arts) presents Keywords, an exhibition and talks programme based on Raymond Williams’s study of the vocabulary of culture and society. Artists include Sonia Boyce, Rotimi Fani-Kayode, Sunil Gupta, Derek Jarman, Richard Hamilton, Lubaina Himid and Donald Rodney. The exhibition will be presented in a specially designed space by artist Luca Frei and designer Will Holder.

First published in 1976, Keywords is a seminal work in the study of the English language. Williams understood ‘Keywords’ as those words that repeatedly crop up in our discussion of culture and society. The book contains over 130 short essays on words such as ‘theory’, ‘criticism’, ‘technology’, ‘violence’ and ‘art,’ providing an account of the word’s current use, its origin and the range of meanings attached to it. Williams hoped another form of presentation could be devised for the book, to reflect how words form networks of meaning in relation to one another. This exhibition invents such a format, by considering words through works of art which come together in ‘clusters’ in order to explore, interrogate and expand their meaning.

The first incarnation of the exhibition is presented at Iniva between 27 March – 18 May 2013. Following a series of public talks and workshops, the exhibition will be further developed and a new, larger iteration with additional artworks and several commissions will open at Tate Liverpool in Spring 2014. The exhibition across both sites includes works from 1976 (the year of the book’s publication) to the present, with an emphasis on the 1980s.

A series of words including ‘theory’, ‘sex’ and ‘equality’, will be explored in an ambitious talks programme spanning London and Liverpool, which will help shape and inform the Liverpool presentation of Keywords. The talks programme, running from April – December 2013, will include speakers such as Linda Bellos, Leo Bersani, Douglas Crimp and Geeta Kapur. Information on upcoming talks will be updated throughout the year online at tate.org.uk/liverpool. For information on Iniva’s London talks and workshops visit www.iniva.org/events.

Los Angelesbased artist Richard Hawkins (b. 1961) will unveil a new commission for Tate Liverpool this spring. The first museum exhibition of his work in the UK, it brings together a significant number of new works by the artist. The exhibition traces how iconic works from Western modern art has been interpreted or ‘twisted’ in a different cultural context to create images and ideas clashing with orthodox interpretations of art history.

Since emerging in the early 1990s, Hawkins has developed a diverse practice based on the juxtaposition of images and ideas. The exhibition presents major mid-century works by figures including Francis Bacon and Willem De Kooning, revealing their influence on iconic Japanese artist Tatsumi Hijikata (1928–1986). New and recent works by Hawkins continue this journey, proposing further correspondences across art-forms while revealing the influence of Hijikata’s work on Hawkins’s own art.

The work of Hijikata will go on display in the gallery in the form of his scrapbooks. The scrapbooks montage Western art imagery, revealing the unseemly inspiration of abstract painting on Hijikata’s conception of Butoh, a surreal and literary mode of performance developed during the 1960s. Richard Hawkins: Hijikata Twist challenges the usual accounts that Butoh was formed as a direct response to Japan’s post-World War Two trauma, Hawkins’s new work instead reveals the surprising effect of painterly abstraction on Butoh.

Taken as a whole, Hawkins’s exhibition highlights the ways in which the recurring motifs in Western art found an unlikely migratory influence in the form of Japanese avant-garde performance, through to the work of Hawkins himself as a contemporary American artist.

Artist and writer, Richard Hawkins was a 2012 Berlin Prize Fellow at the American Academy, Berlin. His first book of fiction, Fragile Flowers, was released by Les Presses du Reel in autumn 2013. In November 2013, he premiered the exhibition Bob Mizer & Tom of Finland (co-curated with Bennett Simpson) at the Museum of Contemporary Art, Los Angeles. His research into the estate of the painter Tony Greene will premiere in an exhibition co-curated with Catherine Opie in the 2014 Whitney Biennial. His recent solo exhibitions include Glimmer at Le Consortium, Dijon and Richard Telles Fine Art, Los Angeles (both 2013); Greene Naftali, New York (2012); The Third Mind, Art Institute of Chicago travelling to the Hammer Museum, Los Angeles, and Galerie Buchholz, Cologne and Berlin (2011); Corvi-Mora, London (2009); and Of Two Minds Simultaneously, DeAppel, Amsterdam (2007).