This artist's imagination and creativity have long made him a major figure on the European art scene, whose paintings, sculptures, drawings and poems involve a constant questioning of art and the role of the artist. 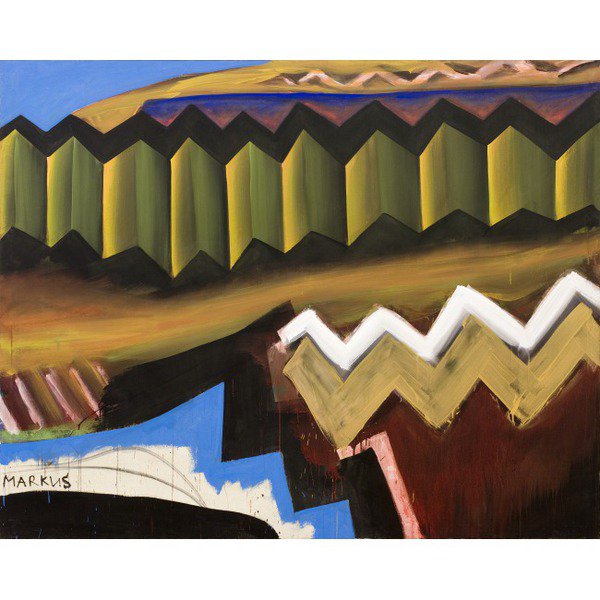 The Musée d’Art Moderne de la Ville de Paris is presenting Markus Lüpertz's first retrospective in France. This artist's imagination and creativity have long made him a major figure on the European art scene, whose paintings, sculptures, drawings and poems involve a constant questioning of art and the role of the artist. Comprising some 140 iconic works, the exhibition retraces Lüpertz’s career from his most recent pieces – including the Arcadia series of 2012 – back to his beginnings in the 1960s.

Born in 1941, Markus Lüpertz began painting in a postwar German art climate dominated by American Abstract Expressionism and Pop Art. Like A.R Penck, Georg Baselitz and Jörg Immendorff, he broke free of these movements, blazing a trail of his own with a new, thoughtful idiom far removed from action and expressiveness. In 1964 his series of 'dithyrambic' paintings – the term was borrowed from Nietzsche – brought a return to figuration while enabling a personal contribution to the history of abstraction: working on very big canvases, he made simplification of shape and magnification of detail the sources of striking formal innovations.

In the late 1960s these large-format pictures increasingly included references to contemporary history in the form of 'German motifs' that included helmets treated with deliberately emphasised objectivity. In 1980 he began turning to mythological figures and other ancient subjects, making visual borrowings from such masters as Poussin, Goya and Courbet. On a broader front he set up a unique dialogue – between painting and sculpture, figuration and abstraction, past and present – that offered a fresh reading of the history of modern art.

A significant influence on recent generations of painters and sculptors, Markus Lüpertz has had major exhibitions in Bonn, Amsterdam, Madrid and elsewhere in Europe, but has never before been shown on this scale in France.