Presente! An artistic and cultural survey of The Young Lords Organization, a radical social activist group founded by Puerto Rican youth in the 1960s. Bronx Calling: The Third AIM Biennial, with the work of 72 emerging artists. 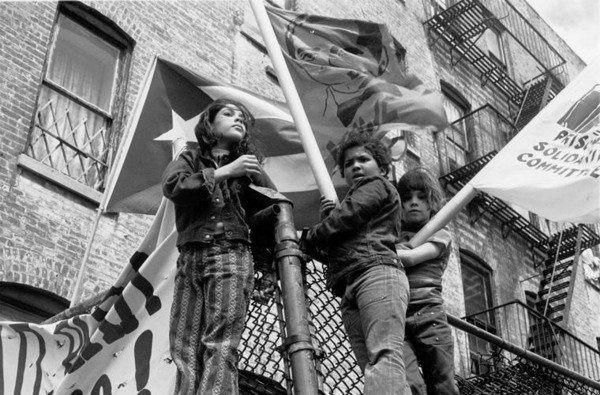 The Board of Trustees of The Bronx Museum of the Arts, Chairperson Laura Blanco, and Executive Director Holly Block cordially invite you to attend the opening of our summer open house.

The Bronx Museum of the Arts is organizing a multi-venue artistic and cultural survey of The Young Lords Organization—a radical social activist group founded by Puerto Rican youth in the 1960s that demanded reform in health care, education, housing, employment, and policing. Exhibitions of art and archival materials at three cultural institutions in New York City will explore how the Young Lords’ activities, community-focused initiatives, and their affirmation of Puerto Rican identity inspired artists from the 1960s to the present day, and had a major impact on the City and the social history of the United States.

Presente! The Young Lords in New York will be exhibited at The Bronx Museum of the Arts (July 2 – October 15, 2015), El Museo del Barrio (July 22 - October 17, 2015), and Loisaida Inc. (July 30 – October 10, 2015). The initiative will include public and educational programs across partnering venues to build awareness of the Young Lords’ innovative contributions to the struggle for civil rights and influence on contemporary artists, and to spark conversations about grassroots community activism today. The institutions partnering in ¡Presente! The Young Lords in New York are all located in neighborhoods where the Young Lords were most active, and each exhibition reflects on the Young Lords’ activities in that part of the City.

The Young Lords had a defining influence on social activism, art, and identity politics, but the lasting significance of their achievements has rarely been examined,” said The Bronx Museum’s Executive Director Holly Block. “In ¡Presente! The Young Lords in New York, The Bronx Museum is partnering with El Museo del Barrio and Loisaida Inc. to explore the Young Lord’s cultural impact in New York and the country at large. The issues the Young Lords struggled with are still timely, and their aesthetic and cultural vision still inspires both artists and community leaders today. We’re pleased to work with our partner institutions to bring this story to the public.”

Curated by Bronx-based artists Hatuey Ramos-Fermín and Laura Napier, Bronx Calling: The Third AIM Biennial features the work of seventy-two emerging artists engaged in the Artist in the Marketplace (AIM) Program (classes of 2014 and 2015). AIM provides professional development opportunities for emerging artists residing and working in the New York metropolitan area. The exhibition will be accompanied by a fully illustrated catalog.