With an objective and precise eye, he captures the burning issues of modern life and global reality. The exhibition forms an arc between Gursky's older, iconic works and his latest and most current visual inventions. 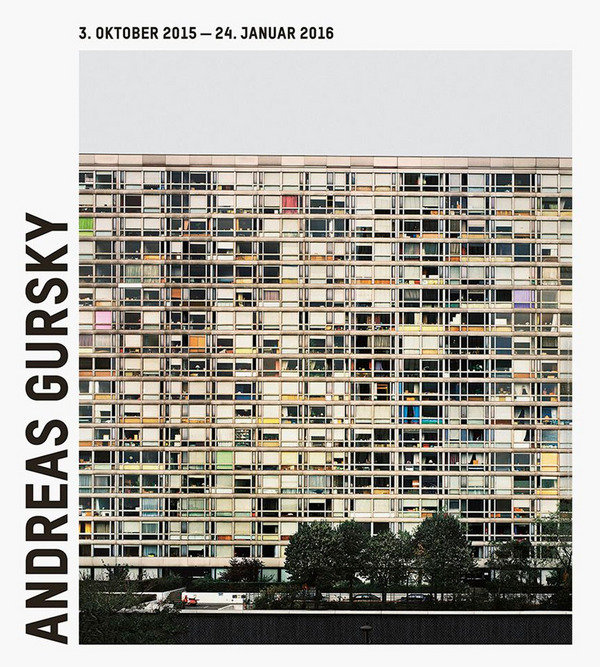 He is considered one of the most important contemporary artists: the Dusseldorf-based photographer Andreas Gursky (born in 1955 in Leipzig). With an objective and precise eye, he captures the burning issues of modern life and global reality. Each overall composition is a technical and visual masterpiece that has long inscribed itself on the collective visual memory of the art world.

In addition to his commitment to colour photography, Gursky’s typical forms of expression are to be found in digital processing and extremely large-scale formats. In the process, his works always bear visual testimony to his decades of travel around the globe. Hence, behind his pictures is an imaginary map that traces the artist’s travels. There is hardly another artist of our time so devoted to travel and it is becoming increasingly clear that Gursky has always had an eye on an exact depiction of the world, its construction and its condition. His images always reflect on both the inward and outward appearance of the world. The apparent beauty and perfection of his pictures is deceptive – it is not until after the first glance that it becomes obvious that they conceal the wealth of thought in the depicted. Gursky’s images seduce through that which is portrayed but at the same time, they insist that the viewer think about the reasons behind them.

From ancient sites through contemporary scenes and political debates to fictitiously arranged fantasy worlds: Andreas Gursky’s pictures also turn out to be subtle observations of the state of our globalised world. Cairo and the Cheops pyramids, Prada shops and Toys“R“Us, production facilities and garbage dumps, mass spectacles in the North Korean capital, Pyongyang, or at national church conferences, the subversive demonstration of power structures and global world orders, internationally active stock markets, museums as places of supposed reflection and comic heroes used to portray future worlds – all this belongs to the artist’s repertoire of visual compositions.

The exhibition in Museum Frieder Burda, which is being developed in close co-operation with the artist himself, allows the viewer to rediscover Gursky’s fascinating cosmos of images in a kind of overview. The strict “involvement” of these pictures, which serve our worldly concepts and imaginations, is put up for exploration and discussion. The exhibition, curated by Udo Kittelmann for the Museum Frieder Burda, forms an arc between Andreas Gursky’s older, iconic works and his latest and most current visual inventions. This presentation opens up a rich pictorial panorama to the visitor, which simultaneously provides a precise analysis of our complex reality and formulates great joy in the seeing and discovering of pictures.

The Steidl publication accompanying the exhibition focusses on the selection of pictures made for the show in Baden-Baden and its artistic and curatorial approach as exemplified by dialogues between picture and text. The moment of construction and reconstruction immanent in Gursky’s images is reflected by a corresponding dialogue in the catalogue through the editorial texts selected from national and international newspapers by the exhibition curator.