'Taking into consideration the overuse and depletion of the concept of the 'self' both at the level of the arts and in academic discourses, and also cognizant of the threat posed by the fact that this concept is easily inflatable, we planned a gusty voyage to the center of this concept, at times using byways. Because we believe the world is a place that makes up and tells stories, it wasn't hard for us to combine the concept of "self" with the concept of 'voyage'.' A project by mentalKlinik. 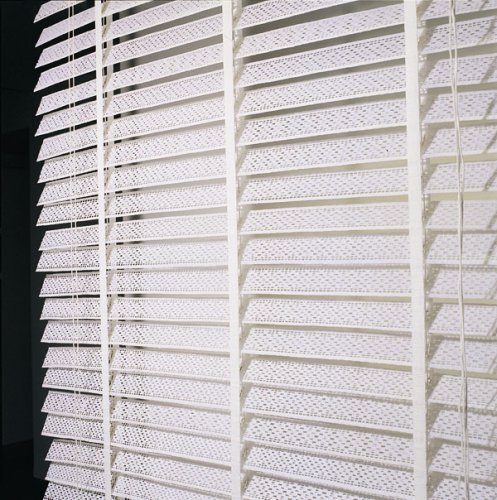 Expo vente by :mentalKLINIK conceived and produced for Mudam for Camp de Base
Curators : :mentalKLINIK (Yasemin Baydar and Birol Demir) and Marie-Claude Beaud

:mentalKLINIK is interested in concepts. It produces a project around a certain concept every year. It carries out these projects from within the human-object-culture-value quartet. Nonetheless these actions are not that deliberate. The production process is just as important as the result itself. :mentalKLINIK is neither a shop nor a gallery; it is a space open to the five senses, and it is willing to explore the sixth, seventh, or even the eighth sense. :mentalKLINIK projects add new dimensions to the space where they are hosted, and aim to make the space available to all the senses. :mentalKLINIK engages in group work but never denies individuality. Naive, amateur or professional - they can all be found together at :mentalKLINIK.
:mentalKLINIK has already carried out projects on (sleep), {play}, and [copy], and continues with ~self.

~self01
Does the "self" have a firm footing? What about "nefs"1 and "kendi"2?
Don't we use "I" and "the other", "here" and "there" to tell stories? For doesn't the world need, since eternity, a history to be written, and doesn't history need all sorts of stories? And in the final analysis, what are all these but consolations for "being here"?
What is the likelihood of "kendi" not being something like the journal of a madman who continuously whispers things from within an "aorist present" and then falls silent, because he is just like the universe itself - expanding, containing everything, contracting, shriveling and emptying itself out; an amorphous something whose contents can and do change.

Taking into consideration the overuse and depletion of the concept of the "self" both at the level of the arts and in academic discourses, and also cognizant of the threat posed by the fact that this concept is easily inflatable, we planned a gusty voyage to the center of this concept, at times using byways.
Because we believe the world is a place that makes up and tells stories, it wasn't hard for us to combine the concept of "self" with the concept of "voyage".

The modern age has dodged man. With all his torn knots dangling in the void, like a string pulled from a wholesome plait, like a stalk, the individual has turned into a dry and cardboard-like object, especially after the advent of psychoanalysis. Devoid of all contexts and underpinnings, this anxious single individual needs a light that will fall on him and bring him back to life. A light that will darken and deepen its shadows. We believe that this light will shine from a certain place or location, from memory; in other words, from a story. The possible routes, then, are plain to see: it is necessary to sail to certain places and come back from this crusade with experiences that will fill one's being and give it meaning. That way, today's single individual, vacuumed more than ever into an anxiety for the future, will be able to breathe in an "aorist present". And weave his own fabric anew in ample time.

If, after all the time that has passed since that audacious voice first claimed "I is another"3, I is still another, we still stand a chance for real communication and a sense of justice. And hence, there is a better possibility we will have "hope" for man.

:mentalKLINIK knows that in the streets of life, every soul feels a chill and shivers a little. It knows even better that the soul feels even colder if the wind of the place and the times is somewhat strong. "This place" is a wide area of myths. As always, we have assumed a stance "from the inside", a "sincere" stance, under a subject heading like "self".

Texts from the brochure published by :mentalKLINIK and Mudam on the occasion of the exhibition

â€œbase camp: a camp where material and supplies are kept, used by mountaineers, polar explorers, as a starting or fallback pointâ€.

In 2004, the Fondation MusÃ©e dâ€™Art Moderne Grand-Duc Jean (Mudam) is organizing, in partnership with the Banque de Luxembourg, a series of exhibitions and events in the bankâ€™s Kirchberg gallery (41 avenue J.-F. Kennedy, L-1855 Luxembourg).

Camp de Base is Mudam starting point to establish a dialogue with the future public of the Museum, before the official opening of the building designed by I.M. Pei. Camp de Base is still part of its pre-figurative programme â€œBe the Artistsâ€™ Guestâ€.

At Camp de Base Mudam will set up a display explaining most of what the Museum will dedicate itself to once opened : temporary exhibitions, showing works from the Museumâ€™s collection, guided tours, encounters, workshops. In 2004, Mudam also envisages special events held away from â€œCamp de Baseâ€. You can find full details in our on-line programme.

Wednesday 6th October at 12.30 pm (in English)
The artists contributing to ~self present their products and invite you to a guided tour of the exhibition. A special meal will be offered during the event

Saturday 9th October from 6pm till 1am
To mark Nuit des MusÃ©es (Museum Night), Mudam is offering "Sur Mesure", an opportunity to enjoy and try out the products presented and to visit the sale exhibition accompanied by :mentalKLINIK (Yasemin Baydar and Birol Demir) as well as the museum team
Mudam Camp de Base
One ticket for all events is on sale in all museums and art centres of Luxembourg


Be the Artistâ€™s Guest in progress :