Nature - Space â€“ Art from the museum collection and the Ernst Ploil Vienna collection, is a selection of modern and contemporary works of traditional Austrian art and the German Modern from the 1950s and 1960s. The exhibition 'George Condo. One Hundred Women. Retrospective', makes a starting point in order to provide an overview of the multifaceted and fascinating creations of the artist. Pablo Picasso: les femmes, a selection of about 50 prints and a few paintings from the Batliner collection 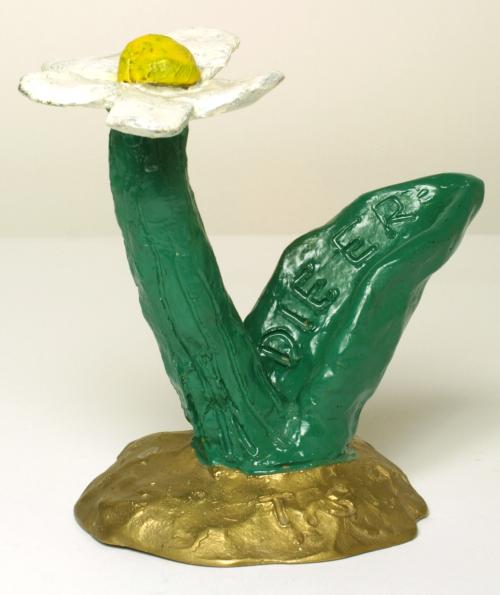 With the new exhibition, "Nature - Space â€“ Art from the museum collection and the
Ernst Ploil Vienna" collection, the Museum der Moderne Salzburg is showing a selection
of modern and contemporary works on the third exhibition level from the museum's own collection, supplemented by long-term loans. The three topics of nature, space and art correspond to the three-part spatial structure of the third floor.

Starting with one of the highlights of the collection, Gustav Klimt's landscape "Unterach am Attersee" (1915), the exhibition displays works of traditional Austrian art and the German Modern, while focusing on another emphasis of the collection â€“ the surreal/fantastical reformulation of the natural environment into the symbolic, the staged or the fairytale-like. Works from the 1950s and 1960s, such as an "Anthropomorphic Landscape" by Maria Lassnig, and a remarkable painting by Kurt Kappa-Kocherscheidt are juxtaposed against contemporary works by Muntean-Rosenblum, Martin Schnur and others.

"Space" is not only examined in those artistic works that are created in their actual three-dimensionality, but also in those pictures, objects and photographs, which deal with space and the variations of perception. For the first time, George Jung's "Colour mobiles" that established him as a pioneer of kinetic art in Austria in the late 1940s and 1950s will be shown. A selection of Giacometti's series "Paris Sans Fin" (1958-1965, published as lithography portfolios in 1969) provides a look at Paris streets, at cafÃ©s and at the artist's studio â€“ at the inner and outer spaces â€“ all in the fine strokes of the artist for whom the topic of space is central to his entire oeuvre.

Robert Smithson's film "Spiral Jetty" unites the motives of nature with those of space along with the final chapter of the exhibition â€“ the examination of art itself. Variations of abstraction are displayed in two sections. Although these variations can appear as metaphysical image space in the works of Morris Louis, Ad Reinhardt and Arnulf Rainer, the examination of the painting or the image itself â€“ as for instance the works of Daniel Buren show â€“ is expressed abstractly. The apparently purely geometrical/abstract pictures of Gerwald Rockenschaub, Heimo Zobernig and Richard Artschwager point to symbols, to tactility of surfaces or composition schemes, and clearly reveal to us the thoughts of the artist about the medium of art.

George Condo has been a well known name in the Western arts scene from Cologne to New York for the past twenty years. His grotesque tradition-conscious and surrealistic paintings that are sometimes similar to the ancient-masters have given him a reputation as a painter's painter. Condo's model artists and dialogic partners extend from Goya and VelÃ¡zquez to Manet and Picasso. Young painting stars such as John Currin or Glenn Brown have had a visible influence on him. No other great artist of this generation is so current and, at the same time, so unknown. Therefore, Condo, whose works are mainly found in famous private collections, will be a guest in two important European museums for the very first time in 2005. The newly opened Museum der Moderne in Salzburg and the Kunsthalle Bielefeld are jointly preparing this large and substantial Condo retrospective.

The exhibition George Condo. One Hundred Women. Retrospective, which was developed in close collaboration with the artist, makes the image of woman the focus of attention and uses this ongoing examination of the figure as a starting point in order to provide an overview of the multifaceted and fascinating creations of George Condo. With more than forty paintings, thirty drawings and five sculptures, subjects will be presented appearing in the form of nudes, portraits, collages and contemporary allegory. After Picasso and Matisse, no artist of the 20th Century has worked so extensively and imaginatively with the theme of women.

George Condo, born in 1957 in Concord, New Hampshire, USA, went to New York at the age of 21 where he worked together in the Andy Warhol Factory and quickly made contact with the artists of his generation such as Jean-Michel Basquiat, Keith Haring and Julian Schnabel. In 1983, he made his first journey to Europe where his free yet experienced style of painting caught the attention of the group "die Neuen Wilden". In addition to Paris, Cologne was a city to which Condo often returned in the 1980s and 1990s for long working stays. Today, George Condo lives and works in New York.

The curator of the exhibition is Dr. Thomas Kellein.
The co-curator for the Museum der Moderne Salzburg is Dr. Margrit Brehm

The exhibition George Condo. One Hundred Women. Retrospective
will be displayed at the Kunsthalle Bielefeld from June 19 to August 14, 2005.

With a small selection of about 50 prints and a few paintings from the Batliner collection, the exhibition "Pablo Picasso. Les femmes" provides a look at one of the most important topics found in the works of the Spanish artist: the examination of the image of woman.
While much has been written in the past about the relationship of Picasso to his women, girlfriends and lovers, the exhibition puts the attention back on to the perception of the image â€“ the different conceptions of the figure, the principle of variation, which is especially of great importance in drawings, and the style change that Picasso wanted to understand as the first artist of the style principle.

The exhibition spans a term covering almost all of Picasso's creative period, from when he was born in 1881 in Malaga to when he died in 1973 in Mougins. The show opens with
"La Danse barbare (devant SalomÃ© et HÃ©rode)" from the 1913 print series "Les Saltimbanques" to the etchings Picasso had already completed in 1904/05.
While the nude representation of a lean old woman at the centre of the dance scene seems almost caricature-like, the physical view of the 1910 "Madame LÃ©onie" characterises the unique cubist visualisation. On the other hand, an indication that Picasso formulated questions in the most different media is demonstrated by the sculpturally intended and geometrised unique forms of the composition of the "Figure" of 1929. On the basis of examples from the extensive series of works "Femme au fauteuil" from 1949, the exhibition demonstrates how Picasso always varies a motive, the women in a chair, thereby exhausting the possibilities that graphic print techniques offer. One of Picasso's most beautiful colour woodcuts is the "FrauenbÃ¼ste (Woman's bust) nach Lucas Cranach d. J." from 1958, which was loaned with eleven other graphic prints by the Albertina in Vienna for the exhibition at the Museum der Moderne in Salzburg. The Salzburg museum has a few etchings of the later works, a selection of which can also be seen in the exhibition.

This small presentation displays etchings, lithographs and linocuts from the collection of the Museum der Moderne, the graphic arts collection of the Staatsgalerie Stuttgart, the Albertina Vienna, and also from private loans. Some of the paintings that have been loaned on a long-term basis to the Museum der Moderne Salzburg by the R. & H. Batliner Art Foundation also clearly enable an exemplary understanding of Pablo Picasso's examination of the image of woman in the medium of painting. Thus, for instance, with the paintings "Portrait de femme au chapeau vert" from 1947 or "Nu assis dans un fauteuil" from 1963 show how â€“ despite comprehensible parallels to the graphic series "Femme au fauteuil" from the late 40s â€“ the artist consistently acquires new facets of the image of woman.

"Pablo Picasso. Les Femmes" is being shown at the Museum der Moderne Salzburg at the same time as the exhibition "George Condo. One Hundred Women. Retrospektive" in order to provide visitors with the opportunity to see the design forms of the contemporary American artist in an art historical context and at the same time to discover similarities and differences in dealing with the topic of the female figure.