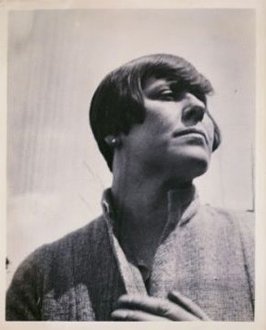 The Museum Villa Stuck in Munich is pleased to announce the opening of ART OF TOMORROW. Hilla von Rebay and Solomon R. Guggenheim on Wednesday, September 7, 2005 at 7 pm. This international research and exhibition project, organized in collaboration with the Solomon R. Guggenheim Foundation, New York, and the SchloÃŸmuseum Murnau, was funded in Munich by the City of Munich and generously supported by the Hilla von Rebay Foundation with additional support by the Friends of the Foundation Villa Stuck.

Shortly before the outbreak of World War II, in June 1939, a landmark exhibition in New York titled Art of Tomorrow displayed a selection of the 725 masterpieces in the collection of the Museum of Non-Objective Painting (later the Solomon R. Guggenheim Museum) which were acquired between 1929 and 1939 by the Jewish-American patron Solomon R. Guggenheim in collaboration with the German artist Hilla von Rebay (1890â€“1967). Artists such as Vasily Kandinsky, Rudolf Bauer, Albert Gleizes, Juan Gris, Fernand LÃ©ger, LÃ¡szlÃ³ Moholy-Nagy, Ben Nicholson, Friedrich Vordemberge-Gildewart and Maria Helena Vieira da Silva were represented in the exhibition. Key works by these artists, documented in the 1939 catalogue to Art of Tomorrow, can now be seen in the Museum Villa Stuck.

The Munich exhibition is dedicated to Hilla von Rebay, an artist of considerable talent who was the founding director of the Museum of Non-Objective Painting. Key works from the period after 1927 when she emigrated to America, up to her death in the 1960s, will be shown.These include representational and non-objective collages, large format non-objective paintings and the formal portrait of Solomon R. Guggenheim (1861â€“1949), which first brought together the artist and the patron in 1928.

The extraordinary career of Hilla von Rebay includes not only her time in America as an artist-curator and collector, but also her important role as a passionate advocate of non-objective art, and the European avantgarde, during and after World War II. The first exhibition of American art in Germany following the War - toured by the United States Information Service - was curated by Hilla von Rebay. During the first tour in 1948, the Villa Stuck was initially considered as a venue for the exhibition. Ultimately, it would be shown in a location close to the central train station. In 1949 the exhibition was shown again in the Amerika Haus.

Rebay was also associated with ZEN 49, an important if short-lived group of non-objective artists in Munich, and exhibited her works in the group's first exhibition at the Central Art Collecting Point in Munich in 1950. A number of the works in this groundbreaking exhibition â€“ paintings by the renowned artist Rupprecht Geiger (b.1908) and Purple Lines, 1949 by Rebay â€“ will be presented in the Museum Villa Suck during the same period in an exhibition titled STUNDE 0 (ZERO HOUR). Rupprecht Geiger and Hilla von Rebay.

Simultaneously, as of September 7, 2005, the SchloÃŸmuseum in Murnau, under the title ART OF TOMORROW. Hilla von Rebay and Solomon R. Guggenheim, will present an overview of Hilla von Rebayâ€™s career as an artist during her time in Germany until 1927.