In the context of the European Festival Temps D'Images. The artist's work offers a distinctive vision of the complex history of South Africa and the legacy of apartheid and, more widely, the nature of human emotion and memory. The exhibition allows a glimpse of the magnitude of his work via three of his most recent creations: 'Fragments for Georges Melies', 'Journey to the Moon' and 'Day for Night', all from 2003. 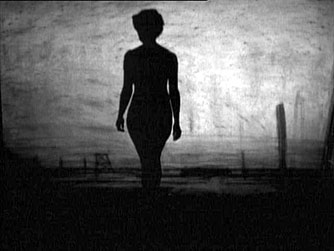 In the context of the European Festival Temps D'Images, Lisbon

William Kentridge is one of the most influential artists of today, his work offers a distinctive vision of the complex history of South Africa and the legacy of apartheid and, more widely, the nature of human emotion and memory. The exhibition presented by the museum, which is being held as part of the 2005 Festival Europeu Temps dâ€™Image in Lisbon, allows a glimpse of the magnitude of his work via three of his most recent creations: Fragments for Georges MÃ©liÃ¨s, Journey to the Moon and Day for Night, all from 2003.

In Seven Fragments for Georges MÃ©liÃ¨s William Kentridgeâ€™s source of inspiration is the work of Georges MÃ©liÃ¨s, a son of a rich shoemaker, born in Paris in 1861. After fine art studies Georges MÃ©liÃ¨s buys the theatre of Robert Houdin and starts showing movies, before making and producing films himself.

About Journey to the Moon William Kentridge writes: â€œA bullet-shaped rocket crashes into the surface of the moon, a fat cigar plunged into a round face. When I watched the MÃ©liÃ¨s film for the first time at the start of this project, I realized that I knew this image form years before I had heard of MÃ©liÃ¨s. I was far advanced in the making of the fragments for MÃ©liÃ¨s. I had resisted any narrative pressure, making the premise of the series, what arrives when the artist wanders around his studio. What arrived was the need to do at least one film which surrendered to narrative push.â€

Day for Night originates from an exercise of filming ants in the artistâ€™s studio, while working on the films of MÃ©liÃ¨s: â€œAt this stage I was working on Journey to the Moon, the penultimate and most complicated of the MÃ©liÃ¨s pieces, when it struck me that I could reverse the film and use the ants for some of the night sequences in the journey.â€

â€œAs the titles of the works suggest, Kentridge looks back to early cinema, a fascinating time when a new visual language â€“ of which Georges MÃ©liÃ¨s was a pioneer â€“ was both discovered and constructed. Kentridge returns to such earlier moments in order to re-think drawing and implicate it in his elaboration of movement. The scenes that these nine video projections depict take place in the artistâ€™s studio, a site where drawings are created and where the world is constantly reorganised. The drawings are sketched, erased and re-drawn, resulting in a palimpsest in constant flux. They are thus constructed not only through the gestures of the artistâ€™s body, but also through the film editing that removes from them all possible stability or objective in order to restore the restlessness of the artistâ€™s steps and fuse it with the drawing from which it also emerges. In the overlap of drawing and film, the former is transported to a state of continuous re-birth. This is only one of the many aspects of Kentridgeâ€™s work, and one that Ruth Rosengarten analyses, with profound implications, both in re-considering the concept of medium, and phenomenologically in thinking the unapparent.â€
Pedro Lapa

William Kentridge (born in 1955, in Johannesburg where he lives and works in) has gained international attention for his distinctive and unique short, animated films, and for his drawings based on erasure, as well as for his longtime commitment to the theater, specifically his collaboration with the Handspring Puppet Company, Johannesburg. In 2004, a major retrospective survey which expands on his 2001-2002 American tour and includes his most recent work, opened at the Castello di Rivoli Museo dâ€™Arte Contemporanea, Turin.

Educational department
Guided tours
Aimed at all types of groups, school and otherwise, and held within a pedagogic framework.

Pedagogic workshops
2nd, 16th, 23rd November. Wednesdays. 10.00 am
A partnership between the museumâ€™s Education Service and Escola Arte Ilimitada for primary school children. The museum will be holding three workshops about William Kentridge work, for children from schools in the Lisbon area centred on themes. Practical component organised by Arte Ilimitada.