Interventions/interactions in the public space 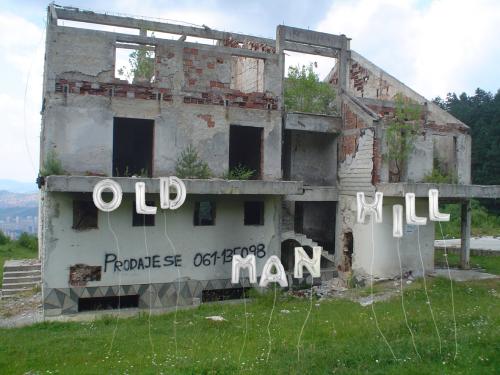 Interventions/interactions in the public space of Berlin

In response to the project "De/construction of Monument", which has been taking place in Bosnia-Herzegovina in the context of "relations" for two years now, Kathrin Becker (curator, NBK) developed the Berlin project displaced, also in collaboration with "relations".

After the collapse of former Yugoslavia, new national elites are rewriting the history of their countries. Memories are being erased, places renamed and books corrected - at the same time, new hymns, icons and symbols are being transmitted. "De/construction of Monument" opposes this manipulation through the principle of deconstruction.

displaced transfers the themes of "De/construction of Monument" to the local German context. The artists' works for displaced developed after they themselves had stayed in Sarajevo, emerging from the realisation that the themes of "De/construction of Monument" are symptoms of social processes. The artists seek equivalents to the function of public memory and public amnesia, relating them to the German capital and the western media principles of an "economy of attention" in diverse ways. A fleeting element is common to all these works. This fleeting quality diametrically opposes the powerful presence and capacity for ideological exploitation displayed by monuments.

Maria Thereza Alves and Danica Dakic work with poetic metaphors: Dakic employs her own voice and personal memories of her situation during the siege of Sarajevo. Alves uses plants to examine the constant permeation of history, economics and identities.

Sejla Kameric operates with public strategies, with aspects of the omnipresent threat which plays a growing part, not only in Bosnia-Herzegovina, but here too - at least since the 11th September or Madrid and London. Edgar Arceneaux refers to his own family history and sets the name of his grandfather, Old Man Hill, in an associative context together with the topography of Sarajevo. In a several-day art project together with the "taz - die tagesezeitung", Renata Stih & Frieder Schnock focus on the different cultures of memory in Germany and Bosnia-Herzegovina.

A project by the Neuer Berliner Kunstverein in cooperation with â€œDe/construction of Monument", Bosnia-Herzegovina, and "relations".

relations is a project initiated by the German Federal Cultural Foundation.
http://www.kulturstiftung-des-bundes.de