Children of the grave - Masters of reality. All three artists have worked out other agendas subsequently and taken their early empathy with youth culture as a valuable entry point into critically reworking mass consumer culture. 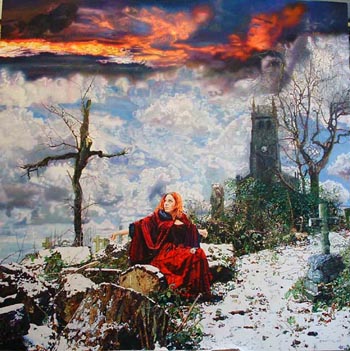 Children of the grave - Masters of reality

The Agency is pleased to present a group show introducing painters Shay Kun from New York, David Hancock from Manchester and featuring Ross Sinclair. The exhibition takes its cue from the ongoing influence of music and related subculture in art.

Whilst all artists follow their personal practice, they are brought together for this exhibition for the open exploitation/ referencing of Rock music, Electronica, underground fashion, album covers, film stills, joke articles etc, all to amalgamate to a darkly humorous show.

Shay Kun utilises acrylic and sandstone on canvas to paint his gritty and cynical take on American society today, driven by consumerism and the dream of perfection. His realist paintings depict the dreams shattered in cinematic fashion. Burning cars and crashed planes litter the sedate settings of suburbia, helicopters are circling crops spraying poisonous substances and identikit terrorists sneak through unassuming neighbourhoods. Kun goes one step beyond reality in his â€œso-calledâ€ teeth series, where the shattering teeth of joke shops become symbols of a dehumanized life. Grimly insane they fly with added antlers across a picturesque landscape, an evil reminder that the twisted human mind is never far.

David Hancock is a Romantic of the modern-day. His hyperrealist paintings depict the urban kids of the electronica era, complete with spiky hair and piercings , their features lit up by the garish neon light of clubs, tubes, and shopping malls. Hancock portrays their dreams from within, propelling them into the graveyards of the Victorian era and giving them the pathos of a pre-Raffaelite heroine albeit with ripped fishnet stockings. Crosses, daggers and roses are iconographic references as much as they are the props of a youth hankering after any meaning. Hancockâ€™s protagonists are the mixed up heroes of the generation X prior to either fitting into society or overdosing.

Ross Sinclair has been celebrated as the indie rock icon of contemporary Scottish art. His 24hr drum solo on a hand built stage ( 1995), his Studio Real Life ( 1994) and the early videos of playing songs with guitars in a bedroom together with artist /fellow musician Dave Allen ( 1994) gave a realistic account of contemporary culture. This was followed by The Aggressive Utopian Croft model, an early installation dealing both with realistic social concerns as well as taking its cue from the attitude of white urban skater punks. His T-shirt paintings from 1992-1999 pay credence to this. Sinclairs more recent Sculptures from the series Real Life Rock Opera ( 2003/4) returned to referencing music culture in a wider context.

All three artists have worked out other agendas subsequently and taken their early empathy with youth culture as a valuable entry point into critically reworking mass consumer culture. Yet, there is an enduring thread in art from the Nineties where Che Guevara, Baader-Meinhof and all the sub codes of youth are legitimate icons of rebellion. Although teenage rebellion has in recent years been overshadowed by aggressive global politics and organised terrorism it remains relevant to pay credence to the poignancy of the â€œgeneration of cultural anxietyâ€.