"Chasing Shadows", the series of b/w photographs developed over many years by Santu Mofokeng explores the significance of landscape as a space for memory and a locus of magical thinking. Pablo Pijnappel's most recent film "Walderedo" was shot in Brazil and Japan and traces the paths taken by his father in and between these two countries. 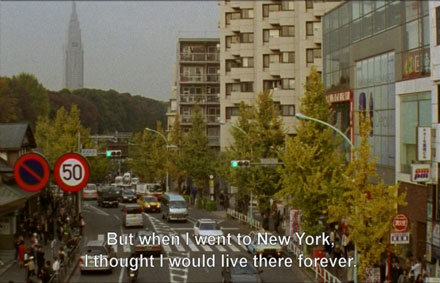 We are delighted to announce the forthcoming solo exhibitions by Santu Mofokeng and Pablo Pijnappel at carlier | gebauer.

“Chasing Shadows", the series of works developed over many years by Santu Mofokeng (*1956), explores the significance of landscape as a space for memory and a locus of magical thinking. In the most recent complex “Magic and Disease" he travelled to the caves near Clarens, Free State in the environs of Johannesburg. This cave area is one of the sacred sites in South Africa used by religious communities as a space to live together and engage in ritual practices, as well as being sought out by many black Africans as a place of spiritual succour. In his black and white photographs Mofokeng captures this spirituality occurring in and around the caves - simultaneously dwelling and landscape - with an almost haptic tangible immediacy. Mofokeng picks up on a hugely topical burning issue in this series: the question of the status of belief as an integrative element imparting meaning but also as an instrument of power in political discourse.

Aspects that seem to slip from our grasp, not just in photography, namely that which is magical and excessive about this cave site, appear to be present in Mofokeng’s representations, conveyed via a representational technique deploying light and shade with great precision. Light is used to mould and reveal the mythical in objects and people, who seem at one and the same time to be vividly present yet spirited away. This arrested re-staging, clearly visible in the photographs, distinguishes Mofokeng’s landscapes from documentary photography. The photo series is a narration about the place and the history of South Africa manifested there, as African tribal culture, Christian proselytising and the contemporary situation overlap in the sacred caves, generating a cultural space in which the various individual layers and splinters remain inscribed. This landscape historicity appears in the photos as a feeling of the place being strangely devoid of a sense of place; with its almost unreal air it could be nowhere and everywhere in South Africa.

On one of the photographs a horse stands in a clearing in a thick forest, absolutely still and mythical as a unicorn. Both this symbolism, one of the bedrocks of Mofokeng’s work, and the beauty of the image are disrupted by the animal’s extremely emaciated torso, with the head and one of the legs plunged entirely into profound shadows. A metaphor of poverty and the brutal history of black South Africa pushes its way into the series of magical places. Poverty does indeed have a soul - as Mofokeng’s photos have also reported insistently and forcefully for years.

Pablo Pijnappel’s (*1979) most recent film, “Walderedo", was shot in Brazil and Japan and traces the paths taken by his father in and between these two countries. In the wake of “Felicitas" and “Andrew Reid“, “Walderedo" continues Pijnappel’s consideration of narratives from his own family history (and stories).

In the process the artist works partly with found material and partly with material he produces himself. Throughout his oeuvre we detect an interest in how loosely related images can be combined into tales about people, their journeys, connections and memories. Pijnappel’s works do not document events or provide facts; instead they seize moments and weave a web composed of images and narratives, often blurring distinctions between the past and the present.

The 16mm film “Walderedo" fluctuates between moving closer to the protagonist and filmic visual meanderings in the locations that had acquired significance for Pijnappel’s father. “Walderedo" touches on questions of how one can be rooted in a particular place and of cultural identities, considers distance and intimacy. What we observe is a quest, a sense of tentatively feeling one’s way toward something. Tracks are pursued and vanish amongst other tracks, images emerge and disappear once again - like memories that pass by leaving us almost no chance to seize them once the next thought enters our consciousness.
(Text: Kathrin Meyer)