The work explores relationships between the documentary and the personal, interior and exterior spaces, and the individual's link to his physical surroundings. Landscapes and interior views, large-scale color images that employ subtle manipulations of perspective. 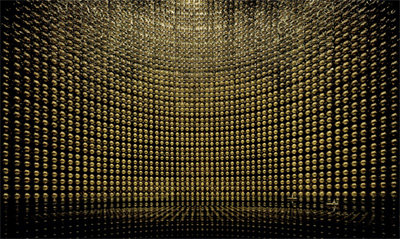 Andreas Gursky's new work includes both landscapes and interior views, large-scale color images that employ subtle manipulations of perspective. The work explores relationships between the documentary and the personal, interior and exterior spaces, and the individual's link to his physical surroundings. The environments he studies are, for the most part, vast international spaces constructed for the collective. Gursky's new photographs were made in Japan, Thailand, North Korea, the Middle East, and throughout Europe.

Several of the most surprising new works stem from the world of Formula One racing, including the largest photographs in the artist's oeuvre to date. In a new series, Boxenstopp (Pit Stop), each work measuring nearly twenty feet long, Gursky has placed the crews of two leading Formula One racing teams side-by-side. In a Formula One pit stop, teams of about twenty mechanics completely service a car--change tires, refuel, perform repairs--in usually under twelve seconds. These monumental photographs portray the figures in great detail, without a hint of motion, almost as though the artist asked them to hold their poses in the middle of a racetrack ballet. Another Formula One work depicts the rolling, visually perplexing route of the Bahrain racetrack, the dark swaths of blacktop snaking their way through the desert.

In Egypt, Gursky made Cheops, a image of the side of the Great Pyramid at Giza, the only one of the Seven Wonders of the World to survive to the present day, its crumbling façade still standing nearly 4500 years after it was built. James Bond Island is a group of three 10-foot-tall images of the dramatic chain of volcanic islands off the coast of Thailand. In a dazzling new work, Kamiokande, the artist traveled to an observatory 1000 meters underground in central Japan, where a tank containing 50,000 tons of water and surrounded by thousands of golden tubes keeps watch for supernovas in our galaxy.

Gursky made three trips to North Korea over the past few years to make a series of photographs in Pyongyang, during the "Mass Games," a gymnastics event on an almost unimaginable scale. Each year, the North Korean government organizes a performance of over 80,000 gymnasts in the city's May Day stadium. These gymnasts, all perfectly coordinated, perform against a backdrop of 10,000 children in the stands, each holding colored flipcards that form a constantly changing mosaic of nationalist imagery, at once beautiful and terrifying.