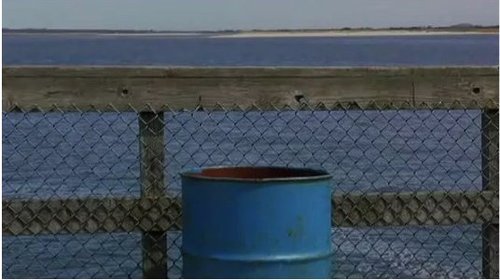 The formal simplicity of the seven works that comprise agenesis, our third one-person exhibition of video by Peter Campus, belies the complexity of their making. In these pieces, created from 2005 to the present, the artist moves away from the internalized discourse of much of his previous work to a more external vision. The perceptual study of essential aspects of video (such as time and duration) that Campus pioneered throughout the 1970s is newly clarified. Removing any hint of narrative, he creates descriptive statements about the notion of "place" by collecting and assembling nearly still images in each work. In exploring the phenomenology of seeing, the romantic notion of the camera as an extension of the artist's hand and eye is negated. The reductive structure of his work is counterpointed by the extraordinarily lush color that he achieves by using a succession of filters in a process that is comparable to glazing in painting.

Each work in the exhibition will be presented on a flat- screen monitor that rests on a simple white sculpture base. To achieve the best possible technical presentation, Campus transferred his digitally shot and constructed videos onto Apple TV HD players rather than on lower-compressed DVDs.

In the late 1960s Peter Campus emerged as a central figure in the evolution of video as an artistic medium. He has had solo exhibitions throughout the world at such major institutions as the Kunsthalle Bremen, Germany; The Museum of Modern Art, New York; the Whitney Museum of American Art, New York; the Neue Berliner Kunstverein; the Kölnischer Kunstverein; and the Institute of Contemporary Art, Philadelphia. During the past year he has participated in important group shows at the Museo nacional d'arte Reina Sofia, Madrid; the Hamburger Bahnhof Museum of Contemporary Art, Berlin; Miami Art Central; and the Rose Art Museum. His work was also prominently featured in such landmark exhibitions as Into The Light (2001) and The American Century (1999) at the Whitney Museum of American Art, and he has participated in numerous international exhibitions including the Lyon Biennale (1995), the Venice Biennale (1978), Dokumenta 6 (1977); and the São Paolo Biennale (1975).

Major works by Peter Campus have recently been acquired by the Museo nacional d'arte Reina Sofia, Madrid, and the New Art Trust, and are also included in the collections of numerous museums worldwide including the Whitney Museum of American Art, New York; The Museum of Modern Art, New York; the Solomon R. Guggenheim Museum of Art; the San Francisco Museum of Modern Art; the Centre Georges Pompidou; the Museum of Contemporary Art/Hamburger Bahnhof, Berlin, and others.