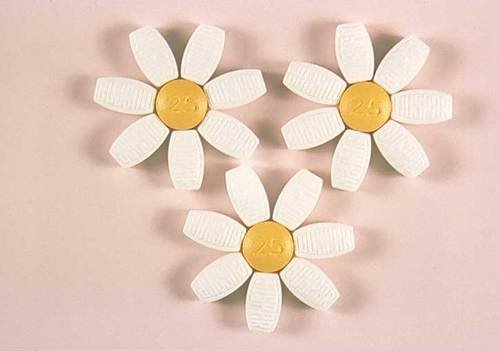 Gegen den Strich is the german translation of Joris-Karl Huysmans novel „A Rebours“ (1884). Describing the decadent and aesthetic obsessions of a young aristocrat, it became to be a standard work of the symbolist movement.

The last years have not only seen a revival of drawing as an artistic medium but within this medium there is an increasing appearance of references to gothic aesthetics and symbolism. The context of popular culture helps melancholy, occult religion, and romanticisms to a renaissance. This new mysticism represents a dandyesque escapism, which seems to suppress political topics. However this denial implies a critical statement. The use of drawing as a means of artistic expression implies a return to the classical artistic techniques and defines a counterpoint to digital art and video art. Analogously, romanticism was a counterpoint to the progressive industrialisation of the 19th century. The medium “drawing” thus promises authenticity and an immediate reference to craft.

The exhibition includes works by 20 international artists either living in Berlin or having received new impetus from their stay in the city. A major, bilingual catalogue will accompany the exhibition.

Anita di Bianco, born 1970 in New York, lives and works in New. York. Her artistic work is decisively influenced by literature and follows strategies of re-staging and re-narration of well-known authors and literary works as well as of characters from literature and film. She thus creates a kind of remake of the original subject which makes hidden structures visible and allows for new and different readings. Di Bianco's exhibition Der Versteller presents two recent films: Du Rêve et des Drogues/Dreaming and Drugs (Video 24 min.) shows the staging of excerpts from a 1980 interview with the French writer Marguerite Yourcenar. In a very individual way, a young actor re- interprets Yourcenar's remarks on the aesthetic structure of dreams, the relations between history and imagination, and the ongoing relationship between the consciousness of writers and that of he characters they set to paper.

The 16 mm film Ballad in Plain D adds to these remarks by taking on comments of the late German writer W.G. Sebald on the work of Nabokov and Kafka. The film transposes Sebald's observations which are characterized by the presence of history, into a modern version of a "ghost town": as a set, Anita Di Bianco has chosen the dissembled "Cité Administrative" in Brussels. Both works focus on the experience of alienation and uprooting, which is compared to a ghostly existence between different, but interconnected worlds and times constantly interacting and complementing one another.

Kornél Szilágyi, born 1971 in Hungary, is currently participating in the International Studio Programme as a grantee of the Agency for Contemporary Art Exchange, ACAX. Szilágyi has been known since the 90s for his experimental short films and feature films. He is co-founder of several experimental workshops of Hungarian independent film makers and musicians. Since more than ten years he has also been collaborating with Nándor Hevesi under the pseudonym of "Igor and Istvan Buharov". Kornél Szilágyi's presentation in Studio 3 includes three parts: during the opening hours of the exhibition a live streaming from "Autonomia" will be on display, Autonomia being a state of 30 square metres founded in 2005 during an artistic performance behind one of the buildings of the Budapest Academy of Fine Arts, and entirely controlled by a security cam at the building. On the evening of June 21, an opening will take place in Autonomia and can be watched live by the Künstlerhaus Bethanien visitors.

Second part of the exhibiton is the documentation of an ongoing long term project by Kornél Szilágyi, including posters, photos and texts. For one and a half years already, Szilágy has placed advertisements in different media and in different places, looking for people willing to be employed as his alter ego, exploring their hopes and expectations related to the term of 'alter ego'. The third part of the presentation will consist of a small selection of experimental super8 short films in surrealistic manner.

Roland Boden, born 1962 in Dresden, lives and works in Berlin. The exhibition Traum des Schläfers is realized with the kind support of The Governing Mayor of Berlin, Senatskanzlei – Cultural Affairs. Central part of the installation in Studio 4 is the video projection Traum des Schläfers, vol. 2. A series of entirely computer generated sequences shows a number of night scenarios without narrative action. The video will be shown in relation to wall paintings and a mock-up. The term "Schläfer" ("sleeper", "sleeper spy") is normally used in intelligence service milieus and describes a person who lives an inconspicuous, civic life until receiving a secret initializing code. The person will then carry out a task exactly agreed upon beforehand, for example an assassination, which will normally also set a term to his/her existence as a "Schläfer".