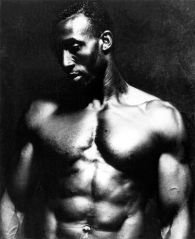 A major new exhibition at the Scottish National Portrait Gallery will explore the genre of naked portraiture and bring together many of the most significant artists from the past century. In one of the SNPG’s most ambitious exhibitions to date, The Naked Portrait will embrace both art and photography through the work of over 80 artists from Pierre Bonnard to Tracey Emin.

The show, which stretches over two floors of the Gallery, features some 150 examples of the genre, dating from around 1906 to the present day, representing the last century.

The Naked Portrait will show how the subject matter has become widespread throughout the period and examine how artists’ varied uses of the naked portrait have reflected the rapidly changing cultural and moral landscape of the last century.

James Holloway, Director of the Scottish National Portrait Gallery, said: “This is the most ambitious and challenging exhibition that the Scottish National Portrait Gallery has ever mounted. It is the first time that the Gallery has devoted two floors to a show and I am delighted with the response from collectors and galleries from across Europe and America who have promised us a tremendous variety of works of art. This is an exhibition not to be missed.”

The exhibition will be curated by Martin Hammer, Reader in History of Art at The University of Edinburgh.

Among the works from these artists included in the exhibition is a selection of photographs from Lewis Morley, including Christine Keeler, an early example of a naked portrait circulated in the mass media, capturing the sexual allure of a figure at the centre of the Profumo scandal. The exhibition also features Stanley Spencer’s Portrait of Hilda which will sit alongside Hilda Carline’s Stanley Spencer. Among the works from Tracey Emin is The Last thing I said to you demonstrating the artist’s use of self-portraiture to convey her sense of vulnerability rooted in personal childhood experiences.

Melanie Manchot’s Mrs Manchot – Hands on Hips shows how naked portraiture has been used to convey the intimate bonds shared between the artist and their family.

The photography of Diane Arbus is also represented including Nude Man and Nude Woman and Nude self portrait from the back. Marc Quinn’s Catherine Long provides an example of the artist’s use of classicism to recognise the challenges of those living with disabilities.

The subject matter of the works include men and women of varying ages, disabled and able-bodied and from a wide range of ethnic groups. The relationship between the artist and subject varies from an intimate relationship to the artist not knowing their subject beyond the circumstance of making the picture. Many of the images represent the artists themselves.

Themes explored within the exhibition include the challenge to received notions of ideal physical beauty, age identity, the artistic exploration of love and desire, the projection of ‘otherness’ in terms of social class, race, or celebrity and the fundamentals of the human ageing process and mortality. In order to bring out such themes, it is anticipated that the display will be thematic rather than by date or medium.