The Abstraction of landscape

From Northern Romanticism to Abstract Expressionism 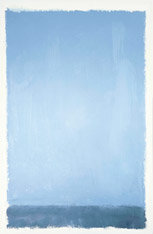 From Northern Romanticism to Abstract Expressionism

Nineteenth-century Romantic landscape painting and the Northern tradition as the origin of modern abstraction. The premise set forth in 1975 by the renowned art historian and professor Robert Rosenblum (1927-2006), inspires this exhibition with which the Fundación Juan March inaugurates its artistic season in October. It is comprised of some 100 works on paper by 25 European and American artists, from Caspar David Friedrich to Mark Rothko or Jackson Pollock, lent by various institutions on both continents. The exhibition attempts to reveal visually, through the works of great masters, the evolution of the Romantic landscape throughout modern times up to its progressive abstraction by the American Abstract Expressionists and certain European contemporary artists.

Inspired by the famous book by Robert Rosenblum, Modern Painting and the Northern Romantic Tradition. From Friedrich to Rothko (1975), the exhibition aims to demonstrate the pictorial, aesthetic and historical-cultural connection between the northern European tradition - particularly early Romantic landscape painting - and modern European and American abstraction. It reveals a fascinating “birth of abstraction out of the spirit of Romantic landscape”. Following in the tradition of numerous earlier exhibitions on Romanticism and landscape painting, the present one departs from this argument to connect almost two centuries of art history.

Organised in collaboration with numerous European and American museums, including the Kupferstichkabinett in Berlin which has loaned 35 works, the exhibition comprises works on paper (drawings in a variety of techniques, oil sketches on card and prints). It offers a historical survey of the work of more than 30 artists from 1802 to the present.

The exhibition features 124 works, approximately half by 19th-century artists and half from the 20th century. It opens with three sepia landscapes by Caspar David Friedrich from 1802 depicting spring, autumn and winter from the four seasons from the first of his Jahreszeiten series. These compositions were lost in 1935 and have only recently been rediscovered. The Fundación Juan March is exhibition these three landscapes for the first time apart from the small exhibition held in Berlin following their restoration. The exhibition ends with works by the leading figures of American Abstract Expressionism: Mark Rothko (large format watercolours from the National Gallery of Washington), Adolph Gottlieb, Barnett Newman, Jackson Pollock and Georgia O’Keeffe. Also included are two contemporary European painters: Anselm Kiefer and Gerhard Richter in whose works the continuing heritage of Romantic landscape painting is clearly and uniquely expressed.

The lengthy chronological span of the exhibition covers landscapes by artists of the “northern tradition”. In addition to Friedrich they include Philip Otto Runge, J.C.C. Dahl, E.F. Oehme, Carl Gustav Carus, Carl Blechen, Carl Blechen, J.M.W. Turner, John Robert Cozens and John Constable, the American 19th-century Luminists such as Church, Cole, Heade and Bierstadt; artists who spanned the transition from the 19th to the 20th centuries and others representative of the 20th century such as Van Gogh, Mondrian, Munch, Nolde, Klee, Kandinsky and Ernst, among others. Many of these artists have already been the subject of monographic exhibitions at the Fundación Juan March (see Previous Exhibitions )

The works have been loaned from 13 European and 7 American museums as well as from various private collections. In addition to the National Gallery of Washington mentioned above, they include the Zentrum Paul Klee, Berne, the Kupferstichkabinett, Dresden, the Tate and the Victoria and Albert Museum, London, the Nolde Foundation, the Van Gogh Museum, Amsterdam, the Kröller-Müller Museum, Otterlo, the Kunstmuseum, Winterthur, the National Gallery of Art, Washington, Yale University Art Gallery, the Gottlieb Foundation, the MoMA, the Metropolitan Museum and the Cooper-Hewitt Museum, New York.