Tuesdays to Sundays, from 10am to 7pm.

A selection of around 70 works on paper focuses on the 19th and 20th centuries by artists such as Goya, Toulouse-Lautrec, Van Gogh, Gauguin, Picasso, Miro', Freud or Warhol, among others. With the birth of modern art, the preparatory function of the drawing did not disappear, artists continued to draw in order to define their ideas before executing them. At the same time, however, drawing was acquiring a new role as an independent artistic medium. 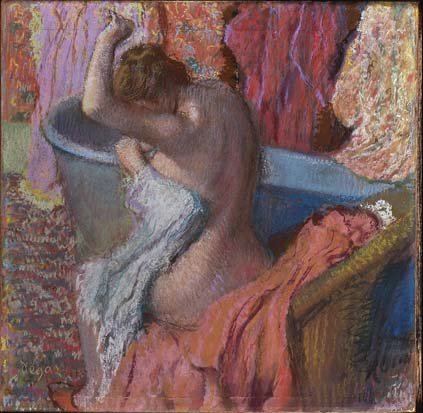 For centuries, drawing was a medium used as preparatory work. Sketches from life provided materials which the painter then elaborated and included in the finished painting, while compositional studies were used to organise the overall arrangement of the work. Drawing was thus the scaffolding around the work in progress, a structure that was later dismantled when the work was complete. With the birth of modern art, this preparatory function did not disappear; artists continued to draw in order to define their ideas before executing them. At the same time, however, drawing was acquiring a new role as an independent artistic medium. The appreciation of drawing as an art form in itself favoured the development of a wide range of techniques and style.

This variety is exceptionally well represented in the selection of 71 works on paper by modern masters from the Abelló Collection. It offers visitors the chance to see a complete survey of modern art, from a small but dazzling crayon drawing by Francisco de Goya (a portrait from life of his wife Josefa Bayeu), up to a head by Lucian Freud. Manet and the Impressionists are represented, with drawings by Degas (among them the splendid pastel of a Woman Drying Herself or After the Bath), Pissarro and Renoir.

Also present are the great pioneers of 20th-century art including Gauguin, Van Gogh, Toulouse-Lautrec, Bonnard, Klimt, Schiele, Matisse and Van Dongen. In addition to this outstanding group of names, the exhibition also allows us to appreciate the principal avant-garde movements such as Cubism, Expressionism and Abstraction. A series of drawings by great sculptors (Maillol, Brancusi, González, Moore and Giacometti) reveal that, like Degas claimed, drawing is not form but the way of seeing form. Finally, a sizeable group of works reveal the key role that great Spanish artists such as Picasso, Juan Gris, Joan Miró, Óscar Domínguez and Salvador Dalí played on the international art scene. Overall, the selection offers a synthesised but complete summary of the richness and complexity of modern art.