A project about a recent media phenomenon. A growing number of advertisements, commercials, reports, TV programmes and even everyday news items have become pure entertainment. Their boundaries and links to reality are eroding: they are becoming increasingly autonomous. The display consists of objects, a book and a poster campaign by graphic design duo Ben Laloua / Didier Pascal, and artworks by other artists. 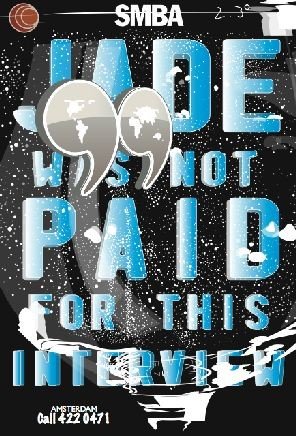 REHAB is a project about a recent media phenomenon. A growing number of advertisements, commercials, reports, TV programmes and even everyday news items have become pure entertainment. Their boundaries and links to reality are eroding: they are becoming increasingly autonomous. This trend is most recognisable in the global interest in ‘celebs’ like Paris Hilton, Britney Spears and Pete Doherty. People we have come to associate with the vapidity and emptiness of contemporary life. Nonetheless, they grace the covers of glossy magazines almost daily, and even pervade the serious media. Is this merely one of the traits of an aggressive omniscient media industry or something closer to a modern morality tale?

Photographer Nick Ût, who in June 2007 captured a sobbing Paris Hilton on her way to prison, took the famous photograph of the Vietnamese girl fleeing naked from a napalm attack exactly 35 years earlier. All that unites the two images is a weeping woman, without which the photographs are poles apart. The 1972 photo came to symbolise American defeat in Vietnam, while the mug shot of Paris is a portrait of interminable vapidity. It is a one-liner: Paris is going into rehab. And she’s not the only one. Britney Spears re-enters rehab almost every month and now the incorrigible Pete has reappeared – really and truly reborn.

The much-vaunted, short-lived tales of Britney, Paris, Pete and their fellow celebs are mesmerising. They are published worldwide, even in the quality press. But they also raise questions about the power and influence of today’s mass media. The unrelenting, aggressive thirst for new blood and hot gossip seems to have become their raison d’être; the media severed ties with reality long ago. How much have the media changed since Ût made his Vietnam report, impelled driven by something that really mattered? Perhaps it’s time for the media to engage in a little rehab of their own?

With their background in graphic design and experience with communication, in REHAB Ben Laloua / Didier Pascal sentence the media to seclusion so they can shake the self-exhibitionism habit. The duo has created a poster campaign recasting advertising and media banalities as an abstract bricolage, then reinstating them in the public space. The images have nothing to advertise and have no commercial motivation: they refer simply to themselves and to the mass media that surrounds us – to the British Celebrity Big Brother, to the momentary leisure offered by Sudoku, to an advertisement for Hong Kong cable TV, to a photo of hurricane Katrina. ‘Soft media’ are also on display in the exhibition at SMBA – advertising images rendered as soft, protective textile objects that offer a gentle comment on the self-referential mass media images and the relatively aggressive underlying marketing strategies.

REHAB also shows the work of other artists. Christian Jankowski created the 34-piece photo work Schamkasten in the early’90s, long before the birth of ‘emo TV’. In a shop window passersby hold up placards which read “I’m ashamed of my selfishness” or “I’m ashamed I watch so many soaps”. In the current Rehab age, such candid displays of personal shame – and the accompanying public penance – are what it’s all about. The short video film Human Opera XXX (2007) by Meiro Koizumi can be seen as a comment on the influence of media environments in creating ‘authentic’ emotion-television. In the film we see how a man, who recounts a moving incident from his personal life, is literally ‘wrapped up’ by the director.

The book REHAB by Ben Laloua / Didier Pascal will be published to coincide with the opening. The publication contains after-images of recent rehab stories culled from various media and the headlines that accompanied them.

The exhibition in Stedelijk Museum Bureau Amsterdam will be accompanied by SMBA Nieuwsletter no. 102 (EN/NL) with an introduction by curator Jelle Bouwhuis.

The REHAB poster campaign is scheduled for weeks 3, 4 and 5, over a three-week period, in 100 MUPIs – illuminated street billboards – throughout Amsterdam. A new poster will be displayed each week.