This is the first half of an evolving exhibition presenting sculpture, photography, painting, installation, drawing, performance, video, music, magazines, books, images, memorabilia, documents, and films. It showcases a wide range of artists and artworks related to McCarthy's memories from his career, as well as a number of his own works. This first part investigates the artist's student years in Salt Lake City in the 1960s and his early career in the Bay Area during the 1970s. 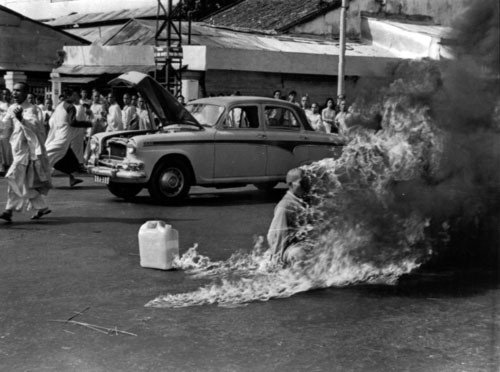 The CCA Wattis Institute for Contemporary Arts will present the exhibition Paul McCarthy's Low Life Slow Life: Part 1 from February 7 to April 5, 2008, in the lower-level Logan Galleries on the San Francisco campus of California College of the Arts. This is the first solo project in San Francisco by the acclaimed Los Angeles–based artist. The exhibition is free and open to the public, with an opening reception on Thursday, February 7, from 6–8 p.m.

McCarthy's two-part exhibition will showcase not only a number of his own works but also a diverse range of artists and artworks related to his memories from his career. This first part will focus on his student years in Salt Lake City in the late 1960s and his early career in the Bay Area during the 1970s. Paul McCarthy's Low Life Slow Life: Part 2, to be presented in 2009, will focus on his years in Los Angeles and map out the period from the mid-1970s to the present.

McCarthy's curatorial selections are eccentric and unconventional, deriving more from his personal recollections than from any historical, objective measure of artistic influence. The works on display will range from sculptures to paintings, magazines, books, artifacts, memorabilia, films, videos, photographs, installations, and even reproductions and remakes of artworks that no longer exist or that McCarthy only ever encountered as reproductions. The featured artists will include such established figures as Henry Moore and Joseph Beuys and more obscure artists such as Wally Hedricks and Al Payne.

The exhibition will continuously change and transform during its course. The works will be grouped into clusters, enabling visitors to trace a dialogue among McCarthy's own pieces, works by other artists, McCarthy's numerous art-historical and aesthetic references, and his personal art history and philosophy. He will also present a number of "spin-off" exhibitions that will look at, for instance, the role of Christmas trees or mirrors in contemporary art.

Although McCarthy did not achieve international recognition until the 1990s, he has been an influential figure on Los Angeles's art scene for almost 30 years. His early performance work of the 1970s explored the body and sexuality. The intensity of these performances, which often included graphic depictions of taboo subjects, eventually led him to further explorations and exploitations of video and film, special effects, and large-scale installations as he continually strove to heighten the effect of his work. Today McCarthy is considered one of the most influential living American artists.

About Paul McCarthy
Paul McCarthy was born in Salt Lake City in 1945 and currently lives and works in Los Angeles. He studied as an undergraduate at the University of Utah and the San Francisco Art Institute, and he holds an MFA from the University of Southern California. His artwork has been featured in museums around the world; he has had recent solo exhibitions at the Moderna Museet in Stockholm, Tate Modern in London, and the New Museum of Contemporary Art in New York, and he has been included in recent group exhibitions at the Centre Pompidou in Paris, the Institute of Contemporary Arts in London, and the Whitney Museum of American Art in New York.

The lecture and film screenings take place in Timken Lecture Hall, California College of the Arts, 1111 Eighth Street (at 16th and Wisconsin), San Francisco CA 94107. All events are free and open to the public.

Image: Malcolm Browne, Quang Duc, a Buddhist monk, burns himself to death on a Saigon street June 11, 1963 to protest alleged persecution of Buddhists by the South Vietnamese government, 1963. © AP images