Laughing in a Foreign Language

The role of laughter and humour in contemporary art 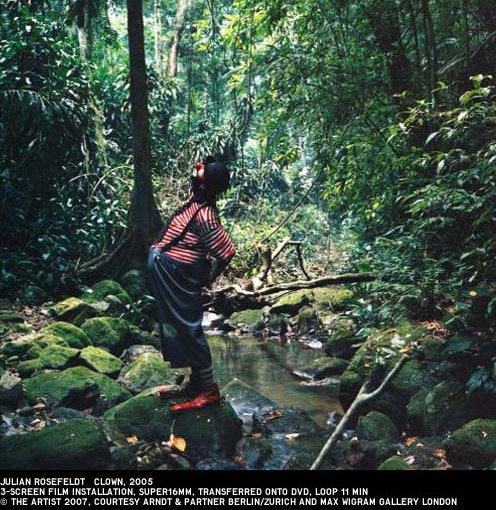 In a time of increasing globalisation, the exhibition questions if humour can only be appreciated by people with similar cultural, political or historical backgrounds and memories, or whether it can act as a catalyst for understanding the unfamiliar. Bringing together 80 works including videos, photographs and interactive installations, many of which have not been shown in the UK before, the show investigates the whole spectrum of humour, from jokes, gags and slapstick to irony, wit and satire, as well as questioning what it means to share a sense of humour and what it is that makes an individual laugh.

Also on at The Hayward:
Alexander Rodchenko: Revolution in Photography
7 February - 27 April 2008

Alexander Rodchenko (1891-1956) was one of the great figures of early 20th-century avant-garde art, and also one of its most versatile practitioners. After gaining an international reputation as a painter, sculptor and graphic artist, Rodchenko turned to photography in the early 1920s, convinced that it would become the artistic medium of his era. Whether making individual portraits, studies of modern architecture and industry, or pictures of mass demonstrations and entertainments, Rodchenko infused his images with a startlingly dynamic point of view that influenced the growth of an experimental aesthetic in European photography of the late 1920s and 1930s.

Featuring approximately 200 original prints and photomontages, this exhibition traces the development of Rodchenko's photography over a period of two decades. Pioneering a new vocabulary of bold and unusual camera positions, severe foreshortenings of perspective, and close-up views of surprising details, Rodchenko's photography balanced formal concerns with an interest in the social and political life of the Soviet Union.