Gut of the Quantifier

Works by ten artists. An exhibition examining repetition, perception, subtle variations. The works in the show concern amounts, values and numbers, but also have an anarchistic impulse to subvert, stall, amplify and flatten out those numbing, sometimes inexact measures of human observation. 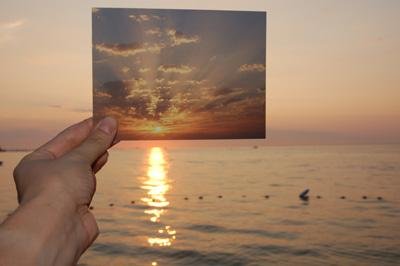 Lisa Cooley presents “Gut of the Quantifier”, an exhibition examining repetition, perception, subtle variations and the impossibility of pinpointing a fact amid shifting variables. The works in the exhibition concern amounts, values and numbers, but also have an anarchistic impulse to subvert, stall, amplify and flatten out those numbing, sometimes inexact measures of human observation.

Tauba Auerbach’s colors, shapes, and patterns represent imperfections in a given system of communication, be it western letterforms, semaphore or cuneiform.

Barb Choit’s Exposure Test No. 2 depicts a series of lights illuminated only by the light they themselves produce, a spectrum that ranges from a small glimmer to completely blown-out.

Dan Estabrook’s salt prints and negatives use antiquarian processes to approximate first grasps at photography – attempts to record a being’s body and spirit with veracity.

Brion Gysin’s drawings, texts and paper collages – experiments with repetition and perception – echo his legendary “cut-up” technique, developed with William Burroughs and meant to liberate a multiplicity of meanings from a phrase by rearranging its words in multiple, random configurations.

In The Sun is Always Setting Somewhere Else, Lisa Oppenheim juxtaposes photos of sunsets taken by soldiers in Iraq with an actual sunset in New York.

Fred Sandback’s repeating lines reveal themselves by expanding, contracting, and creating an apparition of space that varies according to one’s vantage point.

Paul Sharits’ drawing depicts sound and image over time, expressing ideas about color flickering in film –juxtapositions, combinations and durations – that are central to his structural approach to music and film.

Matt Sheridan Smith’s printed figures are normally found on the face of different world currencies. For these works, he has coated them with a half-removed layer of the same silver scratch-off ink found on lottery tickets.