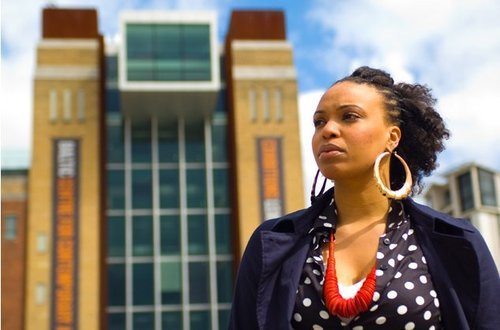 Double Agent is a group exhibition featuring artists who use other people as a medium. All of the works raise questions of performance and authorship, and in particular the issues that arise when the artist is no longer the central agent in his or her own work, but operates through a range of individuals, communities and surrogates.

The show contains works in a variety of media, including video and live performance – works which are often slippery in meaning or disquieting in effect. The exhibition tours to three venues in the UK, and includes the British premieres of a number of significant works, as well as new commissions specific to each venue.

Double Agent has been curated by Claire Bishop (Assistant Professor of History of Art at Warwick University) and Mark Sladen (Director of Exhibitions, ICA). It is an ICA touring exhibition supported by Arts Council England. Additional support has been provided by SEACEX (State Corporation for Spanish Cultural Action Abroad), the Mondriaan Foundation, and the Polish Cultural Institute.

Japanese, New York based artist Mariko Mori is best known for her video and self-portraiture focusing on the imagination and fantasy. Her work has investigated Native cultures and universal consciousness in relation to nature and her belief in the potential power of technology. Mori’s recent work explores consciousness and investigates the existence of an invisible world.

Mori’s recent interests in brane cosmology and particle theory have informed delicate contemplative drawings and paintings. The exhibition at BALTIC includes new drawings from the Primal Particles and Parallel Brane series. The exhibition also includes the installation Miracle where typically, Mori has used newly developing technologies in the production of diachronic images on glass, offering a window onto the cosmos. Mori aims to awaken people’s deeper consciousness and to make them aware of different realities. Her work asks us to think about being in a present that coincides with the past and the future.

In her first UK solo show, the artist uses the symbol of a tree in her sculpture Solarum Series. The tree appears in the ancient mythologies of many cultures. Kher uses these references, including the mythical warnings of the speaking tree and combines them with contemporary references, such as the recent biological advances of cloning, and rejection personified in the fallen tree. Instead of leaves or fruit, the branches of Solarum Series bear the heads of hundreds of creatures.

Alongside these mystical sculptures is Virus, a series of richly created panels covered with thousands of bindi. The bindi is a spiritual Hindu mark applied to the forehead to represent the third eye. The religious token becomes secular in the densely pattered artworks. Kher uses the symbol to highlight the ordering of human societies, patterns of migration and landscape and the passage of time.

In collaboration with ARARIO BEIJING