Portrait of an Artist - Larry Aldrich Award Recipient. Peyton, recipient of the 2006 Larry Aldrich Award, will be presenting the first comprehensive exhibition of her photographs. Photography has increasingly become a significant part of the artist's practice, being utilized not only as an end in itself, but also a tool for gathering imagery for her paintings and drawings. 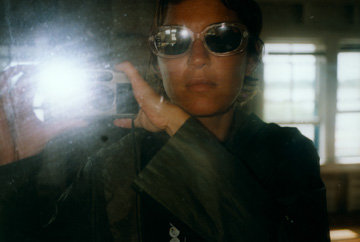 On June 22, The Aldrich Contemporary Art Museum will mount the first exhibition of Elizabeth Peyton’s photographs. Known for her intimate paintings of both friends and celebrities, she has offered few opportunities to view her photographic work. Photography is a significant part of Peyton’s practice, as a tool for gathering imagery for her paintings and drawings, but also as an end in itself. The exhibition will include approximately fifty portraits—including two standout self-portraits—that she has taken of friends and colleagues in the creative arena between 1994 and 2008.