The Mystery of Painting

In this exhibition the Goetz Collection has put together works of contemporary painters from its collection Ellen Gallagher, Toba Khedoori, Karen Kilimnik, Udomsak Krisanamis, Sarah Morris, Chris Ofili, Laura Owens, Lari Pittman, Neo Rauch, Matthew Ritchie. The distinguishing feature of the 60 artworks is their stylistic individuality. Each pictorial position is determined by the laws, rules and visual pleasures of a personal pictorial world and its intrinsic inner logic. 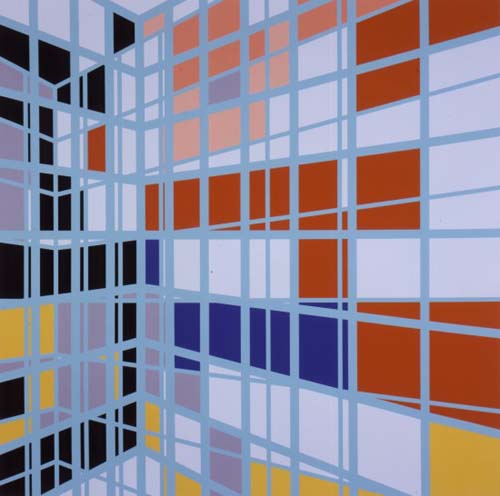 In its exhibition The Mystery of Painting the Goetz Collection has put together works of contemporary painters from its collection with the kind of enthusiasm and eager expectation that one normally has for a new and intriguing novel.

The distinguishing feature of the 60 artworks is their stylistic individuality. Each pictorial position is determined by the laws, rules and visual pleasures of a personal pictorial world and its intrinsic inner logic. The paintings on canvas and paper are neither characterised by their comparable styles, nor by their formal similarities. In terms of painting, they represent, in the most contrasting manner conceivable, conceptions of the world that have been formed and constructed by taking different visual elements from the multitude of today?s realities.

The Mystery of Painting is therefore less determined by a uniform style than by a common attitude to painting. What we are attempting to show in this exhibition is that painting today sees itself as an emancipated, proud medium that neither calls for a conceptual apology nor for external justification. Considering the various analyses in the different decades of the past century that repeatedly declared the medium dead, considering the self-doubt and the guilty conscience of the artists asking themselves why they were still painting, still flogging a dead horse, and considering the fact that painting had been reduced to the separate ingredients of colour, ground and brushstrokes, the pictures of the artists being displayed in this exhibition are a convincing argument for the sovereignty of the medium of paint. By having all the different means and methods of painting at their disposal, they have succeeded in forming individual conceptions of the world which, analogous to the reality of external and internal perceptions and parallel to technologically manipulated virtuality, can appear irritatingly corrective, and often beguilingly beautiful.

This new-found self-confidence in their medium is what the ten artists of the exhibition The Mystery of Painting have in common. Their common approach is also apparent in the way in which they go beyond the narrow limits of the traditions of European art and painting. The artists represented in this exhibition can be described as having moved beyond a canon, a canon that had long been obligatory, and had originated from a view of the world centred on Europe. What they also have in common is that they do not paint pictures of the world, but rather pictures about the world. They move, as a matter of course, within the traditions of diverse cultures. They go beyond boundaries, beyond the boundaries drawn between cultures, subcultures, religions and ethnic groups. One of the secrets of today?s painting, something which the Goetz Collection hopes to shed light on with the help of the exhibition, is its ability to provide the artist with a tool that enables him to paint an individually determined picture from the wealth of data, facts and impressions that fill our intricate everyday lives. Such pictures facilitate communication. Whereas the mass media convey an increasingly global and standardised picture of the world, the pictures in this exhibition provide a unique insight into an individual view of the world. Great faith in the power of our visual senses forms the essence of the exhibition The Mystery of Painting.

The Goetz Collection is housed in a private museum building in Munich which was designed by the architects Jacques Herzog and Pierre de Meuron and completed in 1993.

The museum building, surrounded by a garden, provides exhibition spaces on two floors where the Collection's works of art are displayed in successive exhibitions. The wide range of contemporary video/film works is shown to the public in a space, especially designed for multi-channel projections. In order to preserve the private character of the Collection, visitors are requested to visit by appointment only.

Visiting the Collection only during our opening hours by appointment.

The Goetz Collection also schedules conducted tours of their exhibitions.