This exhibition, organized in collaboration with the Tate Modern, London, is devoted to three key 20th-century artists: Marcel Duchamp (1887-1968), Man Ray (1890-1976) and Francis Picabia (1879-1953), three provocative figures who revolutionized the established artistic norms. The show brings together over 300 works: paintings, photographs, drawings, films and objects. Through the works we see the shared fascination for machines, movement, eroticism or the experimentation with light and transparencies. 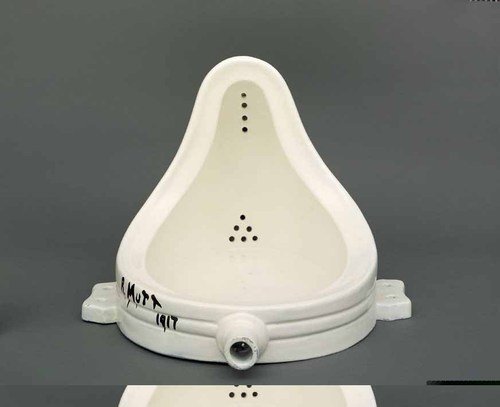 This exhibition, organized by the Museu Nacional d’Art de Catalunya in collaboration with the Tate Modern, London, is devoted to three key 20th-century artists: Marcel Duchamp (1887-1968), Man Ray (1890-1976) and Francis Picabia (1879-1953), three provocative figures who revolutionized the established artistic norms, marking a turning point in the world of art. Indeed, their mark can be seen in many of the creations of contemporary art.

The show brings together over 300 works: paintings, photographs, drawings, films and objects; worthy of note are Duchamp’s famous ready-mades, such as Fountain, a urinal placed on its back, a clear example of how they made the foundations of art quake by questioning the very concept of the work of art.

Marcel Duchamp and Francis Picabia were born in France and became friends in Paris. During the First World War, the two French artists took refuge in New York. There, in 1915, together with the American Man Ray, they were at the centre of the Dadaist movement in the city, where they forged a three-way friendship that lasted until the ends of their lives.

The exhibition looks precisely at the impact this friendship had on their careers as artists. Through the works we see the shared fascination for machines, movement, eroticism or the experimentation with light and transparencies, which led Man Ray to invent the rayographs.

The visit ends with a large selection of documents (Temporary Exhibition Room 2), testimony to the experiences, the exchange of ideas and the shared games; among these games, chess takes pride of place.

Series of lectures Duchamp, Man Ray and Picabia: Anti-art in the 20th Century

The series, based around the exhibition Duchamp, Man Ray, Picabia, has as its aim to study the period of the early avant-garde, extraordinarily fruitful from the point of view of the artistic contributions and which had a special impact in Catalonia.

The artistic and literary movement of the second and third decades of the 20th century – Dadaism or Dada – became a revolt against the general conceptions of culture and against the contemporary social situation, and Duchamp, Man Ray and Picabia were three of its greatest exponents. The ready-mades of Marcel Duchamp (Paris, 1913) were the beginning of “proto-Dadaism”, developed in New York (1915-1923) with the non-conformist work of Man Ray, M. de Zayas, A. Cravan and, above all, Francis Picabia. Duchamp, Man Ray and Picabia will be the connecting thread of the course, to be given by lecturers specialising on the subject.

The Impact of Romanesque and Modernisme on the work of Picabia and Man Ray
Mariàngels Fondevila, curator of the MNAC’s Modern Art Collection

Cities and movement: the International dimension of Dada
Herman Bashiron Mendolicchio, PhD student and scholarship holder in the Department of Art History, UB

Dates: July 14th to 18th
Time: 4 p.m. to 8.30 p.m.
Venue: MNAC Auditorium
Information and enrolment at the University of Barcelona

Simultaneous translation service
Enrolment for the series includes a free pass to visit the exhibition, valid for the duration of the course

The MNAC will provide simultaneous translation services for sessions 2, 3 and 4. Moreover, during the week the course is on, students registered will be given an entry pass for the Museum.

Guided Visits Free service (included with the ticket of the exhibition)
Saturdays at 11 hr (Castilian) and at 12 '15 hr (Catalan) from Saturday 5 July.
Duration: 1 hr 30 min
Limited posts.
The devices of audio give up themselves 20 minutes before each visit to the counter of groups. For facilitating gives it, we pray you maximum punctuality.

Presenting the ticket of the exhibition or the general one of the Museum in the Bookshop of the MNAC, you will enjoy 5% of discount in the acquisition of the catalog (valid until the 21 September of 2008).