The invited artists' work testifies to two of the major issues at the heart of contemporary ready-made practice: where and how to draw the line between the Ready-Made as such, an ordinary object elevated to the status of Ready-Made by the artist's designation alone, and the enhanced Ready-Made, where the artist has intervened to modify one or several objects. 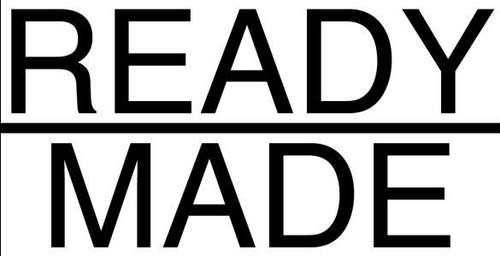 Yvon Lambert Paris is pleased to announce the second installment of the group exhibition Ready-Made in New York. Duchamp’s ready-mades were considered as « antidotes to retinal art, » a challenge to the distinction between art and non-art. By transplanting an ordinary object into an artworld context, declaring the banal to be a work of art, Duchamp destabilized not only traditional aesthetic categories, but also the established processes for legitimizing artists and their work. Following Duchamp, the Surrealists, Fluxus, Pop Art and the ‘commodity sculptures’ of the 1980s expanded the language of the readymade. The invited artists’ work testifies to two of the major issues at the heart of contemporary ready-made practice: where and how to draw the line between the Ready-Made as such, an ordinary object elevated to the status of Ready-Made by the artist’s designation alone, and the enhanced Ready-Made, where the artist has intervened to modify one or several objects. How can we differentiate these types of practice from sculpture or installation? How is the act of ‘displacement’ which transforms a quotidian object into a work of art invested with intentions which surpass the simple contestation of form in pursuit of humor, poetry, or controversy?

Bertrand Lavier and Haim Steinbach interrogate the very basis of the Ready-Made, the boundaries between art and non-art. The ‘pedestal’ acts as the interface which locates their work between these two spheres. This question of the medium and its role in objects’ transition from daily life into to an artistic sphere is central to the work of Gavin Turk, Kaz Oshiro and Michael Brown. With their sustained rapport with classical painting and sculpture, all three play on the divisions between the real and the false Ready-Made. Saâdane Afif and Babak Ghazi render hommage to Duchamp and Joseph Beuys, respectively – Afif by tracking the appearance of Fountain in the media, Ghazi by showing books dedicated to Beuys in a display case.

David Shrigley and David Renggli’s works embody the type of flippant humor which has distinguished Ready-Made practices since the beginning. Their Ready-Mades are abandoned objects whose intriguing and incongruous presence in the gallery inspires a smile: a taxidermied hamster inhabits a now-useless cage. Koo Jeong-A and Sunnifa Hope also play on the ambiguities of the Ready-Made which can be taken for an abandoned object, but their approach suggests the poetics of absence, the trace, thus creating a memory. Sunnifa Hope uses photography to raise the accoutrements of an exhibition – pedestals, display cases, packing paper – to the level of works of art, discreetly evoking their passing transit through the places they occupy. Koo Jeong-A will show the innocuous relics of a weightless existence embodied by a t-shirt and a few picture frames.

For their part, Shinique Smith and Shilpa Gupta explore the possibility of giving a the Ready-Made a political dimension. Smith's bundles of clothes evoke the remains of Western over-consumption. Gupta will show the ordinary objects confiscated in world airports, signs of a widespread paranoid fear of terrorists. The increasingly frequent practices of this type provoke significant public response, doubtless as a result of the seeming triviality of the objects on display and the apparently minimal presence of the artist – a strong contrast with the works’ strong ideological, emotional, and conceptual charge.