Infiltrating Capitalism with the Yes Men 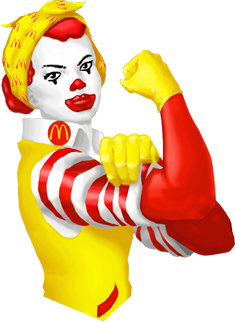 The Yes Men Are Here

This is the first major exhibition of the artist-activist group the Yes Men. Through impersonating representatives from big corporations and government organizations such as ExxonMobil, The World Trade Organization, McDonald's, Halliburton, Dow Chemical, and the United States Department of Housing and Urban Development, these culture-jamming activists have exposed dehumanizing business practices and enacted ethical "identity correction" since 1999. The Yes Men's sociopolitical pranks at conferences, on television and on the web have been widely publicized, but never exhibited on this scale.

In KEEP IT SLICK, the elaborate costumes, slapstick videos, outrageous posters and props will be exhibited alongside new works produced for this exhibition. The Yes Men will conduct a workshop imparting practical knowledge, with preview clips from their new feature length film to be released this fall, The Yes Men Fix the World. A full color catalogue and artist multiples will be available for purchase. After the premiere of this exhibition at PNCA, KEEP IT SLICK will tour to CMU and other venues nationally.

This exhibition is co-produced by the Feldman Gallery at Pacific Northwest College of the Arts and the Miller Gallery at Carnegie Mellon University, and is part of PICA's TBA:08.