Large wall paintings, combined with drawings in various formats and styles, transform the space into a colourful, anarchistic interplay of diverse artistic forms. Central aspects of Van Kreij's work such as appropriation, copying, citation and redefining return in this powerful three-dimensional installation which is begin staged by the artist himself under the title "Tomorrow is Humourless". 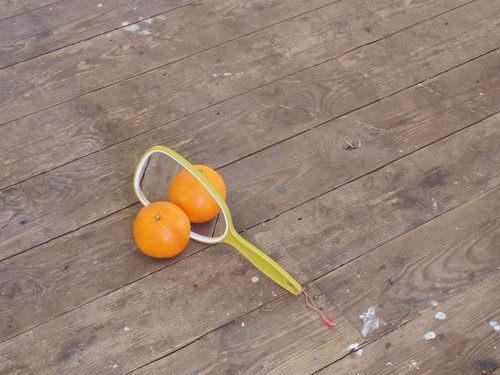 From mid-September the exhibition space at Stedelijk Museum Bureau Amsterdam will be annexed by the work of Marijn van Kreij. Large wall paintings, combined with drawings in various formats and styles, transform the space into a colourful, anarchistic interplay of diverse artistic forms. Central aspects of Van Kreij’s work such as appropriation, copying, citation and redefining return in this powerful three-dimensional installation which is begin staged by the artist himself under the title 'Tomorrow is Humourless.'

Van Kreij’s art production includes drawings, paintings, photographs, objects and videos that often refer to the popular and mass culture of the 20th and 21st century. Using written and drawn symbols and forms, he shows us a world in which playfulness prevails and rules are made to be broken. One of his points of departure is the denial of any difference between the expressive power of images and words. That reveals itself in wall paintings of text fragments or drawings that at the same time appear to be notes. Examples of this can be found in the publication Marijn van Kreij - O Let it Be (2008).

At the alternative art fair LISTE 08 in Basel Van Kreij exhibited an installation with the title Hey Hey, My My (2008). Part of this installation is a monitor on which remnants of images of a live performance by the rock legend Neil Young are to be seen. The vague images and sounds are the result of a repeated process: recording the video from a monitor, playing this new recording and recording it from the monitor again, ad infinitum. Young himself is unrecognisably transformed in the images, and appears to be a distant ghost singing ‘There’s more to the picture than meets the eye.’ The constant doubt about and investigation of this statement seems to be the motive on which Van Kreij’s work rests.

Various tried and tested aspects of Van Kreij’s oeuvre, such as his research into methods of copying, recur again in ‘Tomorrow is Humourless’. That research does not so much involve the technical possibilities of reproduction, but much more the many nuances that are encompassed in the concept of ‘copying’. In addition to literally reproducing things with a copy machine, this can for instance include making a reproduction of a drawing or painting, creating an illusion of reality, seriality and repetition, plagiarism and citations, the distinctions between authentic and fake, taste and bad taste. Van Kreij says, “In the end I hope the questions of ‘ownership’ become unimportant, because it all comes from the world in which we live, be it an existing image or an idea in my head. My aim is to create a presence in which doubts as well as ideals can exist, unity as well as differences. Above all, my works show a desire to combine opposites, not to create chaos, but rather to show again and again new possibilities of fusion.”

Marijn van Kreij (Netherlands, b. 1978) graduated from the St. Joost Art Academy, Breda, in 2003 and in 2005/2006 worked at the Rijksakademie van Beeldende Kunsten, Amsterdam. Among the awards he has received was the basic prize of the Prix de Rome, Drawings/Graphics in 2004. In 2006 he received the Uriôt Prize, which enabled him to realise his publication Marijn van Kreij - O Let It Be (Drawings, photographs and collages) in 2008. In 2007 Van Kreij’s work was also to be seen in the Stedelijk Museum Amsterdam as part of Drawing Typologies (Proposals for Municipal Art Acquisitions).

More information about Van Kreij and his work can be found at http://www.marijnvankreij.nl

The free SMBA Newsletter nr. 106 (Dutch/English), with an essay by Kerstin Winking, assistant curator at SMBA, is appearing to accompany ‘Tomorrow is Humourless’.