Salon Of The Revolution 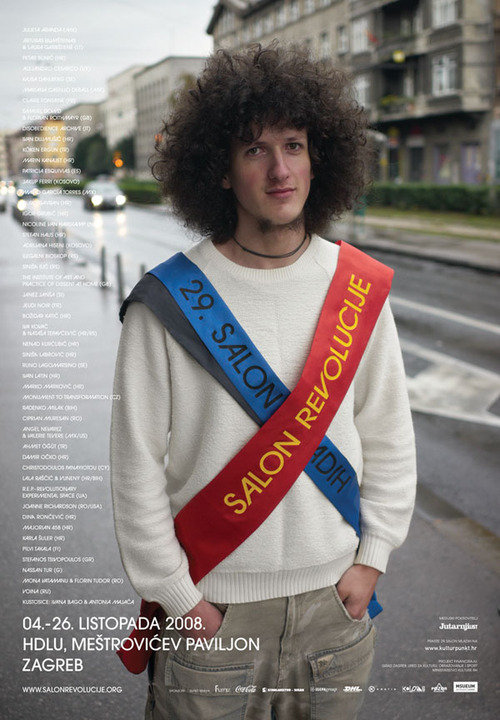 developed and curated by Ivana Bago and Antonia Majaca

The title of the exhibition for the 2008 Zagreb Youth Salon – Salon of the Revolution, contains a deliberate paradox and ambiguity that defines it both as 'revolutionizing a Salon' and 'salonizing a revolution'. By creating a space of uncertainty about its meaning, it presents itself primarily as a question, reflecting on the possibilities, responsibilities, and positions which contemporary art and intellectual practice can occupy today.

The year 1968 (the year of the global revolts but also the year when the Youth Salon was first established in Zagreb) is just an allusive starting point for the multifaceted project which links strategies of resistance in the past with those of today and, in a more general sense, questions the ways in which looking into the past, even with nostalgia, can foster not only a passive attitude which Walter Benjamin reproachfully dubbed 'left melancholy', but the driving force of a new reflection on art and the present moment. The relation towards the past which the Salon of the Revolution wishes to activate is closest to Badiou's concept of the 'fidelity to the event' and, besides 1968, the project maps a series of other 'events' from the past which together form a repertory of empowering references, or at least moments whose heritage is today worth questioning and whose 'anniversaries' we can, without cynicism, congratulate.

The show further reflects on the history of the exhibition venue, the House of Artists, designed by Ivan Mestrovic and build in 1938, which, since then, had gone through several transformations, all of which have been linked to highest instances of state politics and the changing ideologies (inaugurated as an artists' house, it became a mosque during the WWII, then a Museum of Revolution; during the 1990s it almost became a pantheon of 'Croatian nobles', but thanks to a local artists' and intellectuals' initiative, it was finally restored to its original function of an art venue).

Disobedience Archive, an ongoing video archive about the relationship of artistic practice and social and civil disobedience, curated by Marco Scotini, is specially hosted in the framework of the Salon of the Revolution, with the setup design by Zbynek Baladran.