Proximity and defamiliarisation in photography, film and art. This exhibition highlights the close up's extraordinary visual and conceptual power, its ability to transform photography into, in the words of Salvador Dali' "pure creation of the mind". On show Brassai, Luis Bunuel, Kate Craig, Man Ray and many more. Curated by Dawn Ades and Simon Baker. 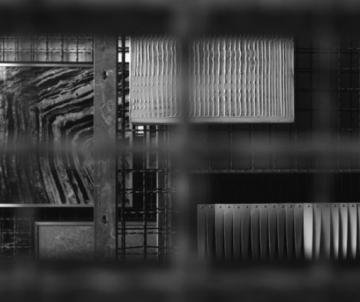 Proximity and defamiliarisation in photography, film and art

The latest in The Fruitmarket Gallery’s series of group exhibitions curated by eminent scholars, writers and artists, Close-Up explores the defamiliarising effects of bringing a camera lens very close to its subject. Trans-historical and cross-generational, the exhibition brings together selected experiments in close-up film and photography from mid-nineteenth century microscopy; avant-garde film and photography from the 1920s and 1930s; post-war conceptual art; and contemporary art from the 1990s and 2000s.

Salvador Dalí, whose film Un Chien Andalou, made with Luis Buñuel in 1929, includes unnerving close-ups of a death’s head hawk moth as well as the most famous sequence of the slitting of a woman’s eye that opens the film, characterised the revelatory aspect of close-up photography as ‘the registering of an unknown reality’. This exhibition presents a succession of unknown realities, from nineteenth century
lantern slides showing hugely magnified micro-organisms, to Simon Starling’s double slide work Inventar-Nr. 8573 (Man Ray) 4m–400nm from 2006, a journey right into the silver gelatine surface of a vintage Man Ray photograph.

Other highlights include a series of images by Man Ray, Brassaï, Jacques-André Boiffard, Karl Blossfeldt, and their lesser-known contemporary Aenne Biermann, which show objects from the natural and unnatural worlds as they had never been seen before – flowers morphing into faces; twigs taking on the monumentality of African totems; dust breeding an entire world on the surface of Marcel Duchamp’s Large Glass. Man Ray’s dust finds a surprisingly beautiful contemporary echo in Mike Kelley’s series Untitled (Dust) from 1994, while his experimental film Retour à la Raison (1923), which includes a sequence made by sprinkling tin tacks directly on to the surface of the film, resonates with Stan Brakhage’s 1963 film Mothlight, a collage of real moth wings, twigs and blades of grass run through a 16mm projector. Other work in the exhibition focuses on the human body, with Kate Craig, Giuseppe Penone, Wim Delvoye, Mona Hatoum and Carolee Schneemann subjecting their own and others’ bodies to intense scrutiny.

Uncanny, disorientating and unsettling; strangely beautiful and oddly compelling, the close-up renders objects less recognisable while revealing something unexpected about them. This exhibition, selected by two renowned scholars, highlights the close up’s extraordinary visual and conceptual power, its ability to transform photography into, again in the words of Salvador Dalí, ‘pure creation of the mind’.