Narrative paintings by Debbie Lee. The image of the self as child as Alice, as Snow white, as Dorothy setting out along the yellow brick road, runs through much of this show. 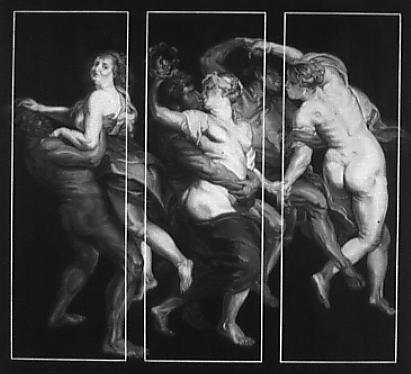 The image of the self as child as Alice, as Snow white, as Dorothy setting out along the yellow brick road, runs through much of this show.
I first encountered the art of Debbie Lee in Glasgow ten years ago; an astonishing outpouring, through which she vividly and intuitively recreated her life in the studios, streets and gardens around her. It seemed already the vision of an undying child, endowed with an awkward grace that was utterly compelling. Could she hold onto that raw creativity even in mature adulthood?
Timothy Hyman

Debbie Lee graduated with a first class honours degree from Glasgow School of Art and completed her postgraduate studies at the Art Institute of Chicago and the Royal College of Art in London. She was a Commonwealth Universities scholar in India and a John Kinross scholar in Italy. She has held solo shows at Leicester City Art Gallery, Peacock Gallery Aberdeen and at the Oliver Bevan Gallery London. She has also exhibited at the Carl Hammer Gallery Chicago, Aberdeen Art Gallery, The Compass and the Collins Gallery Glasgow, and at the Boundary Gallery in London. Her works are held in the collections of the British Library and of the Indian Centre for Public Relations in New Delhi.