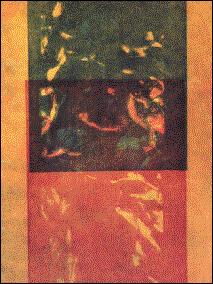 Paul Sharpe Contemporary Art (PSCA) announces a schedule of spring 2002 exhibits in its gallery in TriBeCa, New York City. Each opening is from 6 to 9 PM and features the artists as listed below. PSCA has been listed in Time Out New York, The TriBeCa Tribune, HX Magazine, The Gallery Guide, Art In America Annual Guide, TOAST, Bomb Magazine, and the NY New Visions Downtown Cultural Map.

paul sharpe contemporary art
PSCA is founded on the premise that the artist comes first and is the raison d'Ãªtre of the art world. The role of the gallerist is to nurture creative accomplishment and to cultivate the collectors and curators who can sustain the artists. The artists represented are those whose work one would wish to collect and to enjoy, while helping to support their careers. PSCA is led by Paul Sharpe, formerly of the Whitney Museum of American Art.

The space itself is meant to encourage a dialogue in issues in art today and as such is designed as a salon rather than a white box. The color scheme is blue, camel, and white and it is inspired by a Justin Knowles painting of the mid 1960s. The concept is to create a space where artist and art lovers can congregate and appreciate fine contemporary art.

artists represented
PSCA represents 20 artists from around the world, including America, Cuba, South America, Western Europe, and the Philippines. The mission is to present the finest contemporary artists, regardless of geography, and to promote what is truly new and dynamic in the art world today.