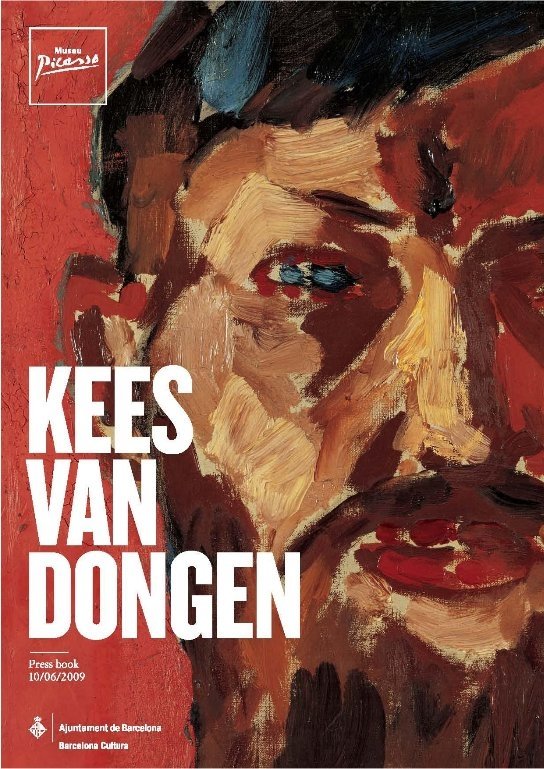 This exhibition dedicated to Kees Van Dongen shows the artist‘s evolution from his student years to the peak of his career and evokes many of his aesthetic ties and exchanges with Picasso, with whom he temporarily shared the Bateau-Lavoir. Born in a suburb of Rotterdam, Van Dongen‘s career was spent mainly in Paris where he came to live in 1897. A hedonist and frequent traveller, he was a regular visitor to the seaside resorts of Deauville, Cannes and Monte Carlo, where he died in 1968. Van Dongen experienced poverty, during the years of revelry with Picasso, and then fame before finally falling out of fashion, a status he endured with a certain melancholy.

The exhibition confirms Kees Van Dongen‘s decisive role in the great artistic upheavals of the early 20th century as a member of the Fauvist movement, in which he occupied the unique position of an often irreverent and acerbic portraitist. The virulence and extravagance of his canvases provoked immediate repercussions abroad, particularly within the Die Brücke German expressionist movement. Together with his orientalism, contemporary with that of Matisse, this places Van Dongen at the very forefront of the avant-garde. His bold and vibrant works – often compared to ―prodigious orgies of light, heat and colour‖ – testify to the affirmation of his own style within the history of modern art, alongside Matisse and Picasso.

Assembled in the light of new research and including previously little-known works, the exhibition also provides a new perspective on the artist.
It has been designed chronologically in order to demonstrate Van Dongen‘s evolution from one piece of work to the next, in addition to his recurrent concerns and his enduring traits and characteristics. It includes examples of the artist‘s work in different fields: painting, of course – in which, wrote Elie Faure, Van Dongen ―wrote the sensual poem of the world‖ – but also illustration and graphic work.

Museu Picasso
C/ Montcada, 15-19 Barcelona 08003 Spain
Opening Times
Tuesday to Sundays (including holidays): 10 am to 8 pm. Access to rooms until 30 minutes before closing