From Private to Public

This project explores the history of the Solomon R. Guggenheim Foundation collection by bringing together 19th-century paintings and groundbreaking installations of the 1990s. True to its original mission to promote "the art of tomorrow", the foundation is committed to increasing its holdings of contemporary art today. On display around 100 works by artists such as Vincent van Gogh, Paul Cezanne, Pablo Picasso, Juan Gris, Vasily Kandinsky, Alexander Calder, Jackson Pollock, Sophie Calle, and Hiroshi Sugimoto. The exhibition is co-curated by Tracey Bashkoff and Megan Fontanella. 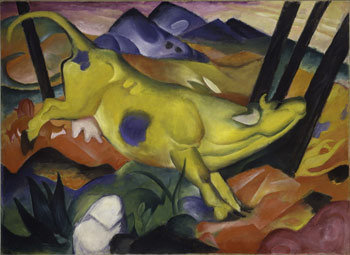 Galleries: Third floor of the Museum

- The exhibition will display around 100 works in an effort to reflect the nature and evolution of the Permanent Collection of the Solomon R. Guggenheim Foundation, showing the parallels between seven private collections.

- A unique glimpse into the origins of modern art and the transition to the nineteenth century through masterpieces by artists such as Vincent van Gogh, Paul Cézanne, Pablo Picasso, Juan Gris, Vasily Kandinsky, Alexander Calder, Jackson Pollock, Sophie Calle, and Hiroshi Sugimoto.


The Guggenheim Museum Bilbao unveils From Private to Public: Collections at the Guggenheim, an exhibition that explores the origins of the permanent collection of the Solomon R. Guggenheim Foundation through its varied private collections, which are crucial for understanding its nature and evolution.

In the year which marks the 50th anniversary of the opening of the Guggenheim Museum's Frank Lloyd Wright building in New York, the Guggenheim Museum Bilbao pays tribute to this milestone with this presentation as well as Frank Lloyd Wright: From Within Outward, which is devoted to Wright's celebrated career as an architect and opens in October 2009.

From June 26, 2009 until January 10, 2010, From Private to Public, organized by the Solomon R. Guggenheim Foundation, features around 100 works reflecting on the fascinating parallels between a diverse group of visionaries who collected "the art of tomorrow" over the course of the twentieth century.

This exhibition, co-curated by Tracey Bashkoff, Associate Curator for Collections and Exhibitions, and Megan Fontanella, Assistant Curator, offers a unique glimpse into the avant-gardes of the late nineteenth and twentieth centuries through masterpieces by artists such as Vincent van Gogh, Paul Cézanne, Pablo Picasso, Juan Gris, Vasily Kandinsky, Marc Chagall, Paul Klee, Alexander Calder, and Jackson Pollock, as well as art at the turn of the millennium with works by Sophie Calle, Jac Leirner, Hiroshi Sugimoto, and Jane and Louise Wilson, among others.

The exhibition provides visitors with an interesting vantage point on the origins of modern art and the transition to the twenty-first century. The three classical galleries on the museum's third floor house a tour through six of the seven collections represented in this exhibition —those of Solomon R. Guggenheim, Justin K. Thannhauser, Hilla Rebay, Katherine S. Dreier, Peggy Guggenheim and Karl Nierendorf— through a careful selection of paintings and sculptures from the most representative artistic movements of the nineteenth and first half of the twentieth centuries. The exhibition is rounded out with around 30 works rendered in different media (video, conceptual art, photography, etc.) since the 1990s from the Bohen Foundation gift, donated to the Solomon R. Guggenheim Foundation in 2001.

Guggenheim Museum
Avenida Abandoibarra, 2 - Bilbao
Hours
Tuesday to Sunday: from 10 am to 08 pm
Monday: July and August from 10 am to 8 pm; closed the rest of the year.