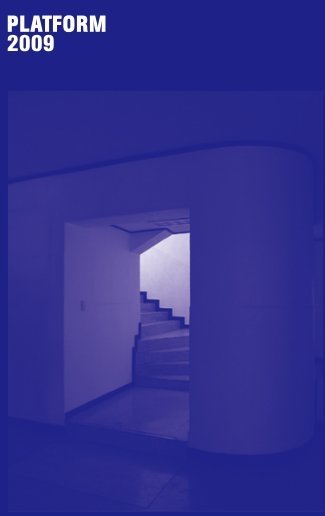 Under the theme "Void of Memory," Platform in KIMUSA of Platform 2009 is an exhibition that rediscovers the spaces that have been unused or forgotten for a period of time. Kimusa, the old site of the Defense Security Command (DSC) in Sogyeok-dong, is a meaningful place historically, architecturally, and culturally, because it has undergone several transformations up until today. The exhibition introduces diverse voices from both the mainstream and non-mainstream art worlds, and provides a vision for new institutions. These voices, after all, are the tools that open up the possibility of communication between the members of different communities in the city. Therefore, Platform in KIMUSA is an experimental ground on which critical and alternative discussions on "New Institutionalism" can be held through exhibitions and events.

Platform in KIMUSA is comprised of diverse exhibition sections, events and lectures.
There are four main sections: P1 is the main exhibition; P2 presents artists recommended by other artists; P3 features a series of projects curated by institutions; and P4 shows the visions of international art institutions. Public Programs and special events are also held throughout the project. Platform in KIMUSA, composed of the various sections above, explores new roles of art by focusing on diverse aspects of art that have been excluded or neglected from contemporary art discourses as well as unrecognized visions and voices of the art world.