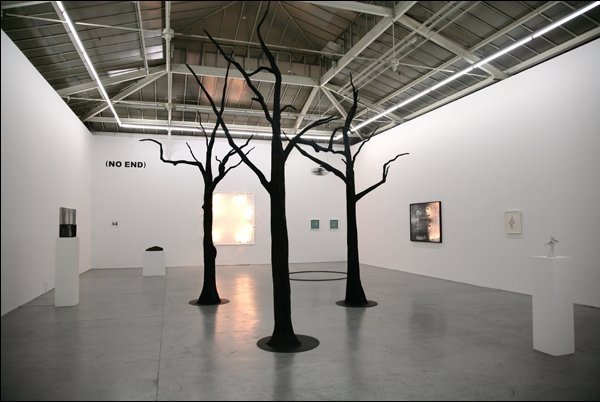 "Cézanne's solitude, we undoubtedly haven't yet measured its ardour nor its depth."

- Philippe Sollers in Le Paradis de Cézanne, Paris, Gallimard, 1995. "That Thursday in early April my learned friend Martial Canterel had invited me, along with several other close friends of his, to visit the huge park surrounding his beautiful villa at Montmorency."

- Raymond Roussel, Locus Solus, translated from French by Rupert Copeland Cuningham Berkeley, University of California Press, 1970. Locus Solus (the solitary place) is, in the eponymous novel written by Raymond Roussel in 1914, the name of the property surrounding the villa de Montmorency, which belonged to the inventor and man of science, Martial Canterel.

Locus Solus is the story of a long walk, in which Canterel presents to his guests a series of inventions, these inventions, marking this surreal Désert de Retz.

All compete in complexity and peculiarity, and illustrate - beyond the image of the accomplished scientist - artistic genius.
The exhibition Locus Solus is, in homage to Roussel's essay, an invitation to a leisurely and reflexive promenade.

The artists Ryan Gander and Jonathan Monk wish to meet each other for the first time on the night of the opening.
A Polaroid print, displayed on the wall of the gallery for the duration of the exhibition, will serve as the immediate and indisputable proof of this encounter.

The conceptual meeting is recurrent in Jonathan Monk’s work: Meeting #17, a vinyl wall-text inviting people to meet at "Piccadilly Circus London 23rd July 2005 noon" (1999), or Meeting #13, (Book Works and Yvon Lambert, 2000) a simple envelope which contains an invitation to meet with the artist at the Eiffel Tower on October 13, 2008 at noon.

The image exposed, a posteriori, of Gander and Monk's meeting, if they do in fact meet, illustrates the words of Paul Valéry, "A work of art should always teach us that we have not seen what we see".

Jonathan Monk was born in 1969 in Leicester, United Kingdom. He lives and works in Berlin.

Ryan Gander was born in 1976 in Chester, United Kingdom. He lives and works in London.