Ha Za Vu Zu - For whom is it too late today? Between stamp and Mars / Anne-Mie Van Kerckhoven - Nothing more natural 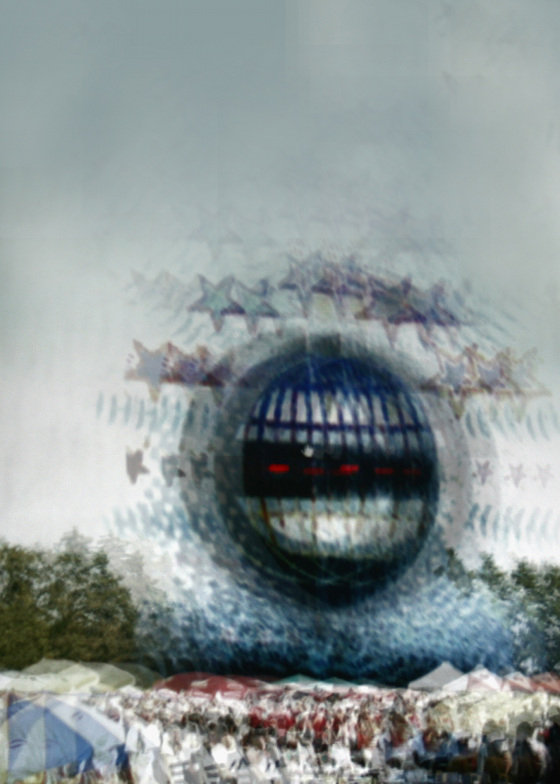 Ha Za Vu Zu
For whom is it too late today? Between stamp and Mars

This year's new edition of the International Ateliers brings together a working body of artists for the first time, selected—for the fourth time in the Ateliers' history—by an independent exhibition commissioner, Vasif Kortun, director of Istanbul's Platform Garanti, Contemporary Art Centre.

Ha Za Vu Zu is a group of five Turkish artists, living and working in Istanbul, who have been together since 2005. The exhibition at the Frac in Carquefou forms part of their recent European tour. In 2009, the group performed at the opening of the 10th Lyon Biennial, and took part in "Urban Stories", the 10th International Art Triennial at Vilnius, European capital of culture.

Their performance style is similar to intermedia art, as per Dick Higgins's definition of a "borderline art" that calls just as easily upon painting, photography, video, music and karaoke.

Depending on the project, other artist can join the group's "hard core". Some themes are determined beforehand, but the contributions of the new arrivals are always incorporated into the production, as long as they enrich the project. In this respect, Ha Za Vu Zu does not focus merely on their initial project but also on activities that can energize the group.

In a sense, Ha Za Vu Zu is a "working body", a process that makes flexible use of various media. It is neither an entirely horizontal nor vertical operational model, but one aiming at both physical and ideological harmony.

With its deliberate absence of hierarchy so as to give rise to highly unexpected world of sound and vision, Ha Za Vu Zu sees itself as a hub of abundant collaboration and exchange of ideas. The group's work therefore lies somewhere between performance and agitprop*, humour and the organisation of offbeat evenings.

They are more like an "open work", in the sense implied by Umberto Eco: "there is no single model, but a chameleon art that is adaptable and modifiable."

An exhibition in the Jean-François Taddei gallery and a publication are the fruit of this two-month long residency in the Frac's ateliers at Carquefou. The programme of the 23rd Ateliers is scheduled as part of the Turkish Cultural Season in France.

Since the mid-1970s Anne-Mie Van Kerckhoven has developed an interdisciplinary work involving drawing, texts, sound, video and computer-generated images. From one exhibition to another, these various media join forces in installations that combine and "recontextualise" earlier and more recent pieces. This evolutional logic is a fair indicator of the artist's fascination for systems and structures.

Anne-Mie Van Kerckhoven has always paid particular heed to the omnipresence of images of women in the media. Some of her works, such as the Head Nurses project, use imagery taken from "soft" pornography in order to deconstruct stereotypes linked to notions of power and sexuality. More generally speaking, her lines of thought extend to the fields of art, science and politics.