The exhibition features works by 9 artists who explore themes of identity. Expressing confidence and doubt, self-control and disclosure, familiarity and alienation, remembering and forgetting, the more than 1300 faces on display reveal the complex personality possessed by every single human being. The selected portraits also show how the representation of reality has become increasingly uncertain in the modern age, and that the dissolution of a clear representational relationship between reality and perception goes to the very core of all our questioning: to the self, the individual, the subject. 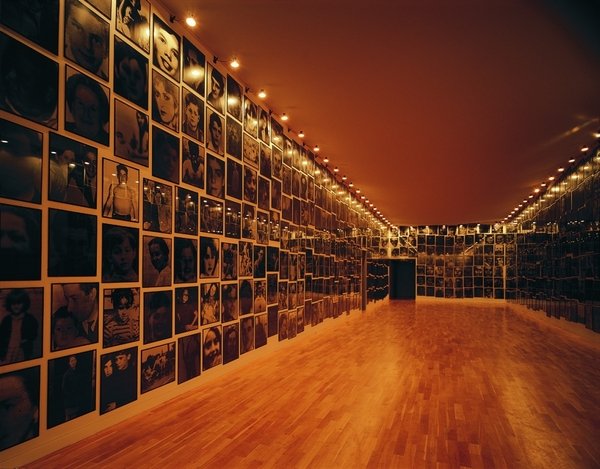 Who am I? [and how many?] Lucky is the person who can reply: "Undeniably me." Since time immemorial, philosophers, artists, writers, medical scientists and social theorists have tried to find an answer to this fundamental question of human existence. The debate has recently been rekindled by the emergence and popularity – particularly among young people – of new media and communication platforms such as Facebook and MySpace.

Running concurrently with The Wolfsburg Project, the exhibition of outstanding light works by James Turrell which continues until 5 April 2010, this display of contemporary artistic approaches to the theme of identity will be shown in the upper galleries of the Kunstmuseum.
With the exception of our historical guest of honour from Nordsteimke, a local manor house owned by the von Schulenburg family, all of the artists represented in the exhibition were born between 1941 and 1974. Their works throw light on different aspects of the debate that currently surrounds the essential question of self. A variety of artistic approaches are followed, both in terms of thematic content and chosen medium, testifying to the fact that every search for personal identity has a different starting point.

The exhibition features works by nine artists who explore themes of identity. Each has found a very different answer to the question of self – and to the inextricably linked question of ‘you’ – the person opposite, the Other. Significantly, none of the contemporary artists seems to want or be able to provide a clear and definite answer through his or her pictures. No one here is able to respond: "Undeniably me."

Antoine Pesne’s historical portrait of Count Matthias Johann von der Schulenburg-Emden (1661–1747), Field Marshal of the Republic of Venice conveys the unbroken self-confidence of the subject, culminating in a gesture of authority that dominates the overall composition of the painting.

The portrait of this famous ancestor of the lords of Wolfsburg Castle demonstrates the most important function of an old master portrait – its representative role: it offers historical testimony to the depicted subject and records his glorious deeds for posterity.

In the work of the contemporary artists, on the other hand, there is a distinct sense of doubt concerning the unambiguity of their own image. The American photographic artist Cindy Sherman (b. 1954) repeatedly reinvents herself in a series of Untitled Film Stills, thereby rejecting the certainty with regard to identity, authenticity and representability that had remained valid through to the modern period. Fellow American artist Bruce Nauman (b. 1941), who won the Golden Lion for best national participation at this year’s Venice Biennale, also questions his own and other people’s categories of (self-) evaluation by randomly changing the colour of his skin in an early video work entitled Flesh to White to Black to Flesh.

Encompassing 1300 anonymous individual portraits, Christian Boltanski’s (b. 1944) epochal work Menschlich is one of the central pieces in the Kunstmuseum Wolfsburg Collection, which celebrates its 15th anniversary this year. The individual face is in danger of becoming lost in the complexity of the whole, but nevertheless provides the basis for all of Boltanski’s artistic reflections. Beat Streuli (b. 1957) follows the opposite procedure, using the photographic focus of his precise snapshots to filter out individual passers-by and flaneurs on city streets. His window installation Brussels 03/04 in the glazed rotunda of the Kunstmuseum shines out across the Hollerplatz at night, creating a transparent bridge between the museum and the city.

Brian Alfred (b. 1974) paints small portraits that recall Elizabeth Peyton’s (b. 1965) intimate depictions of friends, pop stars or members of the British Royal Family, not least due to their diminutive size. But whereas Peyton’s iconic portraits draw subjects that are actually at a distance from us – familiar only from the pages of glossy magazines – into our immediate surroundings and celebrate the beauty of the individual, Brian Alfred focuses on the common ground between members of his virtual family in Millions Now Living Will Never Die!!!

In Fiona Tan’s (b. 1966) critically acclaimed video installation A Lapse of Memory, forgetting one’s own biography becomes a symbol of fading identity. In striking filmed footage, the Indonesian-born Dutch artist describes a quest for a new, open image of identity. She moves beyond existing categories to find new forms for identity, creating flowing structures to reflect the diversity of the world at the beginning of the 21st century.