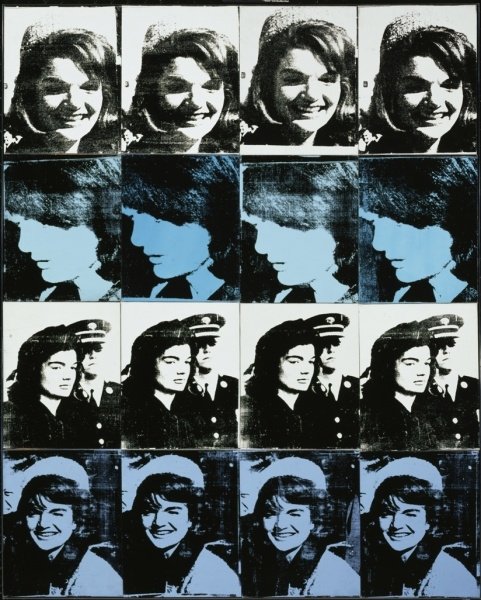 A sweeping look at the Walker Art Center's paintings collection, displayed floor to ceiling in a salon style inspired by the 1920s galleries of museum founder Thomas Barlow Walker, will be presented in Benches & Binoculars, on view November 21, 2009–August 15, 2010. In a large-scale and densely hung installation, organized by chief curator Darsie Alexander and curator Elizabeth Carpenter, visitors will encounter unpredictable juxtapositions and side-by-side pairings of more than 120 works mirroring the twists and eccentricities found in T.B. Walker's personal collection as well as the serendipity and uncanny coincidences that emerge in the present-day storage areas housing the collection. Many works have not been seen for decades, and a number of surprises (as well as a few old friends) make their 21st-century debut here. Some have served as centerpieces of key monographic exhibitions, and are locally as well as internationally renowned. Others are more modest in appearance, subject to the tides of changing taste and practice. All were, at least once, contemporary.

Displaying artworks salon style is markedly different from the minimalist aesthetic that defines the look of today's contemporary and modern museums. This is a style the Walker has also at times adopted, but just as frequently contradicted or subverted. Recent solo exhibitions like The Quick and the Dead and Tetsumi Kudo: Garden of Metamorphosis, for example, revealed strategies that turned the galleries into immersive environments for both artworks and ideas.

Choosing salon style as a mode of exhibition is something of an homage to the nature of the institution itself—one of a few places where autonomous works and programs, with different audiences and disparate histories, coexist and frequently overlap. The Walker's mix of live performing arts events, film and video screenings, and gallery exhibitions, in addition to various educational programs, sets up a plethora of opportunities that keeps the offerings fresh and unpredictable. Benches & Binoculars seeks to create a similarly divergent platform for discovering new relationships between works in the collection. Over the course of the exhibition, programs and activities will offer opportunities to investigate ideas at play within the exhibition, delving into the ways in which personal impressions assign kinships and distinctions among works on view. The gallery space of the exhibition will feature platform seating and viewing binoculars as well as an interactive touch-screen map where visitors can select works from a digital version of the installation to access more information.

As an extension of the concurrently running cross-disciplinary collections exhibition Event Horizon, whose content will rotate during its three-year run, Benches & Binoculars will also change over time. As new works appear and others return to the vaults, return visits are important—and probably necessary. And yet even with a single visit, browsing provides its own kind of pleasure and freedom, as well as a distinctive view of the Walker's history—as it no doubt did in T.B. Walker's own day.

A cross-disciplinary blend of film, video, performance, painting, sculpture, and photography drawn from the Walker Art Center's rich, multidisciplinary holdings is presented in Event Horizon, an exhibition opening November 21, 2009. Unfolding over a nearly three-year period, the exhibition features a range of subplots and visual contrasts by both established and lesser-known artists represented in the Walker's collections. In galleries animated with installations that change over time, Event Horizon offers a new context in which to view and experience connections to real-life events as well as artistic moments. Organized by a team of curators and realized in its final form by chief curator Darsie Alexander and curator Elizabeth Carpenter, the exhibition features some 90 pieces ranging from avant-garde film of the 1960s to live performances to newly created environmental works. Active zones of rotating works and dialogues serve as sites for screenings, performances, and public conversations. Event Horizon runs through August 5, 2012.

"The theme of 'event' operates on many levels at once, tapping into the deep strata of collections and programs here at the Walker. From film and video to visual and performing arts, this concept enables us to consider the major events of art and life that have shaped culture since the 1960s," Alexander says.

Inspired by the idea of the event horizon, a term used in astronomy to describe the edge of observable space as well as the outer limits of darkness and light, the exhibition presents works that reflect the many voices, perspectives, and programs advanced by the Walker—expanding its boundaries as an art center and its role as a collecting as well as presenting institution. Reversing the traditional precedence of the object over the event of its creation, artists such as Raymond Hains, Kara Walker, and Andy Warhol have used the very images of culture as material for exploration and critique. Appropriating mass media images, French artist Hains transformed the mundane into art with his collages created from torn posters found on the streets of Paris. Warhol's melancholy black, blue, and white Sixteen Jackies (1964) quotes from the incessant television coverage of President John F. Kennedy's assassination in 1963, after which footage of the event was repeated for weeks. Kara Walker depicts her own version of the past using the antebellum South, one of America's darker historical locations, as backdrop. In her screenprint Harper's Pictorial History of the Civil War (Annotated) (2005), her signature silhouettes are paired with rephotographed Civil War lithographs of battle and strife.

While some galleries will be quiet and contemplative, others will be animated with performances, screenings, and conversation, demonstrating the Walker's unique multidisciplinary platform. Changing selections of moving images from the Ruben/Bentson Film and Video Study Collection will be screened in a designated space, beginning with Bruce Conner's poetic and mesmerizing film CROSSROADS (1976), which combines multiple camera shots of the first underwater atomic bomb test into a 36-minute meditation on the image of the resulting mushroom-shaped cloud. Films by Hollis Frampton, Derek Jarman, and Chris Marker—others whose work has captured events that have shaped our history—also will be featured during the exhibition's run. Video monitors in each gallery will showcase the Walker's 40-year performing arts history with landmark performances that have defined the program by such artists as Mikhail Baryshnikov, Trisha Brown, Romeo Castellucci, Merce Cunningham, Bill T. Jones, Ralph Lemon, and Elizabeth Streb. Also on view will be Cao Fei's video installation i.Mirror by China Tracy (AKA Cao Fei) (2007), depicting a simulated romance between avatars in the artist's 3D virtual world Second Life, which blends documentary and magical realism.

In addition to performances captured on video, renowned Japanese American dance creators Eiko & Koma will be in residence throughout the month of November 2010 to perform Naked, a new "living installation," six hours a day, six days a week. Commissioned by the Walker to celebrate its 30-year relationship with the artists, the piece features the duo's characteristic glacially paced movement amidst sound, light, video, and organic set elements of their own design.

Frequent participatory moments—from handling the sculptural Three Adaptives (1997) of Franz West to seeing one's reflection in the mirror of Olafur Eliasson's Convex/Concave (1995–2000)—enable a variety of experiential encounters to occur in Event Horizon, which will take shape and change during the run of the exhibition. According to Carpenter, "gallery-to-gallery opportunities to reflect as well as act will unfold as the visitor moves through space."

Event Horizon reflects the Walker's collecting practice, which in recent years has tended to focus around the edges of the obvious, resulting in collections distinguished by the embrace of hybrid or otherwise unclassifiable works that might fall between the cracks in more traditional institutions.

Saturday, November 21, 2 pm, Free with gallery admission
From the screening of Bruce Conner's CROSSROADS to Andy Warhol's painting Sixteen Jackies, Event Horizon surveys political and socioeconomic shifts in our culture and the ways in which artists have responded. Visual arts curator Elizabeth Carpenter and film/video curator Sheryl Mousley lead a tour that highlights the depth and breadth of the Walker's collections as well as the collaborative process that produced the current installation.