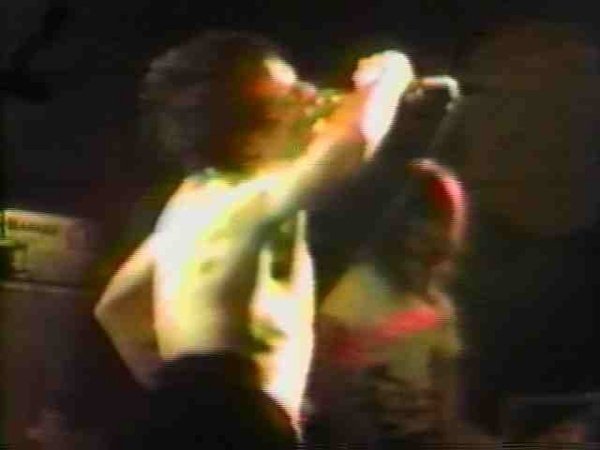 Dan Graham: Beyond, a major retrospective surveying the career of one of contemporary art’s most innovative figures, will be on view at the Walker Art Center October 31, 2009–January 24, 2010. The first exhibition in the United States to showcase Graham’s entire body of work, including his groundbreaking experiments with video and performance, architecture and public spaces, and collaborations with musicians and rock bands, is organized by The Museum of Contemporary Art (MOCA), Los Angeles, in collaboration with the Whitney Museum of American Art, New York. Curated by Bennett Simpson, MOCA associate curator, and Chrissie Iles, Anne and Joel Ehrenkranz curator at the Whitney, this comprehensive survey features photographs, film and video, architectural models, indoor and outdoor pavilions, conceptual projects for magazine pages, drawings and prints, and writings.

The Walker’s presentation of this acclaimed traveling exhibition continues the institution’s extensive history with Graham. In addition to the commission Two-way Mirror Punched Steel Hedge Labyrinth (1994) in the Minneapolis Sculpture Garden, and 10 other works in the Walker’s collection, the artist’s work has been essential to major exhibitions such as Worlds Away: New Suburban Landscapes (2008), The Last Picture Show: Artists Using Photography, 1960–1982 (2003–2004), American Tableaux (2001–2002), and Let’s Entertain (2000).

Dan Graham: Beyond traces the evolution of Graham’s work across each of its major stages, while asserting the motifs and concerns that underlie his entire practice—most notably, the changing relationship of individual to society as filtered through American mass media and architecture at the end of the 20th century.

Graham was born in Urbana, Illinois, in 1942 and grew up in suburban New Jersey, a landscape that would serve as the inspiration for one of his earliest projects, Homes for America (1966–1967). While riding the train back to his parents’ house from New York City, Graham took numerous photographs of the tract housing he passed through, using a Kodak Instamatic camera.

Highlighting the repetition, mass production, and reductive logic of this landscape, these images echoed many of the central concerns of minimalism and led Graham to conceive of his work as a “structure of information.” Presented as a slide show as well as a magazine layout incorporating text, Homes for America is considered one of the seminal artworks of the 1960s. It announced a conception of art grounded in the everyday—in common architecture, in the language of advertising, and made with cheap, disposable tools for mass circulation—and it merged Graham’s interest in cultural commentary with art’s most advanced visual modes. During the late 1960s and early 1970s, Graham was also at the forefront of a move by many cutting-edge artists into performance, film, and video works as a means of resituating the individual body within the political terms of conceptual art. In 1969, he commenced a series of time-based works, first in film and performance, later in video, that were inspired by the perceptual conditions—feedback, looping, delay—accompanying these new modes of art experience. The most culturally profound invention of the postwar era, television, had made an enormous impact on Graham’s generation, and at the heart of his new work was an investigation of the performer-audience relationship as it was filtered and distorted by the technology of the camera. In the dizzying, counter-intuitive vantages of films like Roll (1970) and Body Press (1970–1972), Graham second-guessed the supposed objectivity of the camera by giving the device to actors who performed simple reductive movements (rolling across the floor, circling one another).

At the same time, Graham was closely involved with underground music, writing a series of free-ranging, yet historically rigorous speculations on bands like the Kinks, the Fall, and the Sex Pistols. The attempt by youth culture to shake off social control—to get free from the ideological norms of postwar life—rhymed easily with the artist’s own work in conceptual and media art. Rock My Religion (1982–1984) is an hour-long “video-essay” in which Graham traced a continuum between the Shakers, the early-American religious sect that sought spiritual transcendence through collective dance and song, and hardcore punk music. In the latter’s cathartic noise and social rites, Graham located an ongoing, if latent, spirit of separatism that has demarcated American culture from its origins. With its bracing footage of Patti Smith, Sonic Youth, and Black Flag mingled with historical images of a rapt Ann Lee, founder of the Shaker religion, the work is a classic of underground video and one of the most penetrating commentaries on American youth culture ever made.

For more than 40 years, Dan Graham has been at the center of the most vital revolutions in American art and culture. His works stand on their own terms, but they also read as complex analyses layered with critical reference, anarchistic humor, and an appeal to the broader culture. Resonating with a general attempt of the 1960s to leave the safety of high culture by going into the field—whether that of suburban sprawl, urban planning, or rock and roll—Graham’s art invites the engaged participation of the viewer and, at its core, attempts a physical and philosophical intervention in the public realm.

Dan Graham has had numerous solo exhibitions throughout North America, Europe, Japan, and Australia, including Dan Graham (1998), Fundació Antoni Tàpies, Barcelona, Spain; and Dan Graham: Works 1965–2000 (2001), a major retrospective organized by the Museu de Arte Contemporânea de Serralves, Porto, Portugal. His group exhibitions have included Information (1970), The Museum of Modern Art, New York; Documenta (1972, 1977, 1982, and 1992), Kassel, Germany; the Venice Biennale (1976 and 2003); the Whitney Biennial (1997 and 2005), New York; 1965–1975: Reconsidering the Object of Art (1995), The Museum of Contemporary Art, Los Angeles (MOCA); A Minimal Future?: Art as Object 1958–1968 (2004), MOCA; and Open Systems: Rethinking Art c.1970 (2005), Tate Modern, London. Graham is also a widely published critical and cultural commentator. His essays and articles—touching widely on topics ranging from Gestalt psychology to Dean Martin—constitute one of the most prescient voices of the time and announced a mode of cultural observation influenced by French philosophy, Karl Marx, and Sigmund Freud. Graham lives and works in New York.

Catalogue
Dan Graham: Beyond is accompanied by a fully illustrated scholarly catalogue that references a magazine format in recognition of the artist’s early work in that medium. Designed by Michael Worthington and co-published by MIT Press, the publication includes essays by exhibition co-curators Chrissie Iles and Bennett Simpson, along with essays by Rhea Anastas, Beatriz Colomina, Mark Francis, Alexandra Midal, Philippe Vergne, and Mark von Schlegell; and interviews with musician Kim Gordon, artist Rodney Graham, and artist Nicolás Guagnini. Graham’s own well-known writings—on his own work, that of his peers, and aspects of popular culture such as design—are also featured in a special section, highlighting his accomplishments as a critic. $44.95 ($40.46 Walker members).

Opening Day
Mack Lecture: Dan Graham in Conversation with Bennett Simpson and Chrissie Iles
Saturday, October 31, 2 pm, Free with gallery admission
Cinema
Dan Graham has been a central figure in contemporary art since the 1960s, and is widely considered one of the most significant artists of his generation. Over the past four decades, he has created a body of work that is as uncategorizable as it is influential. Join Graham in conversation with exhibition curators Bennett Simpson and Chrissie Iles. Post-punk duo Japanther starts things off with a short set.
This lecture is made possible by generous support from Aaron and Carol Mack.

Dan Graham: Beyond is organized by The Museum of Contemporary Art, Los Angeles, in collaboration with the Whitney Museum of American Art, New York.

Dan Graham: Beyond is presented by The Eli and Edythe Broad Foundation. The exhibition is made possible through endowment support from the Sydney Irmas Exhibition Endowment. Major support is provided by The Suzanne M. Nora Johnson and David G. Johnson Foundation. Generous additional support is provided by Hauser & Wirth Zürich London; Marian Goodman Gallery, New York and Paris; The MOCA Contemporaries; the National Endowment for the Arts; the Graham Foundation for Advanced Studies in the Fine Arts; Mary and Robert Looker; the Pasadena Art Alliance; Betye Monell Burton; Peter Gelles and Eve Steele Gelles; John Morace and Tom Kennedy; Eileen and Michael Cohen; Bagley and Virginia Wright; and Marieluise Hessel.