What you see is where you're at 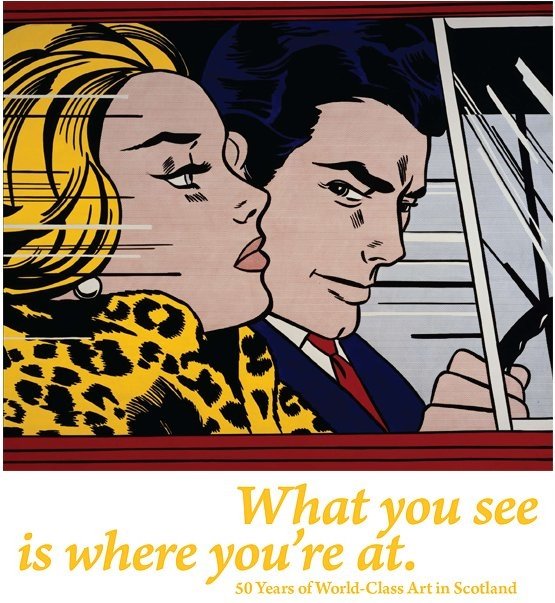 For the first time in twenty-five years the Scottish National Gallery of Modern Art will be re-hung in its entirety to celebrate the 50th anniversary of its founding. Opening during the Homecoming Scotland Finale Celebrations, the display will reveal the richness and range of the collection in a series of rooms which aim to delight and surprise.

Since its opening in Inverleith House in 1960, in Edinburgh’s Royal Botanic Gardens, its move to a larger building on Belford Road in 1984 and the expansion into the Dean Gallery in 1999, the collection has grown to more than 5000 works and is now considered one of the best in Europe.

Thematic displays will bring together iconic works, forgotten pieces and new acquisitions in innovative and often unexpected combinations and contexts: a room focusing on still-life will include work by Chardin, Morandi and Peploe; collage will bring together work by Picasso, Paolozzi, Agar and Burra; two successive rooms will contrast the use of colour internationally around 1910 with the use of colour in Pop and Op art from the 1960s; a further room is devoted to an exploration of white.

Interspersed among these thematic displays, other spaces will focus on a single artist, or work. The centrepiece of the re-hang will consist of an extraordinary, large-scale installation by Martin Boyce, who represented Scotland at this year’s Venice Biennale. This specially commissioned work is a recent acquisition to the collection and is being shown for the first time. Supported by Homecoming Scotland, and entitled Electric Trees and Telephone Booth Conversations, the installation makes full use of the height and dramatic scale of the largest room in the Gallery.

Other rooms devoted to solo artists include a spectacular installation of works by Douglas Gordon, whilst the artist Callum Innes has been given total freedom to curate a two-room display with works from the collection and selected loans. American artist David Schutter, alumni of the Randolph Cliff artist-in-residence programme which is supported by Edinburgh Collage of Art and the National Galleries of Scotland, will be marking his first showing in the UK with a room of new works. There will also be new work by the young German artist Kitty Kraus, who is shortly to show at the Guggenheim, New York. The re-hang will also include displays from ARTIST ROOMS, a new collection of modern and contemporary art held by Tate and National Galleries of Scotland for the nation. Outside, a major work by Nathan Coley, There Will Be No Miracles Here, will be installed in the grounds of the Dean Gallery, the installation of this work has been supported by the Patrons of the National Galleries of Scotland. Whilst a new work by Martin Creed, EVERYTHING IS GOING TO BE ALRIGHT, will illuminate the facade of the Scottish National Gallery of Modern Art.

Culture Minister Michael Russell said: “This collection belongs to the people of Scotland, so I am thrilled that the Gallery is being re-invigorated in time for this year’s St Andrew’s Day celebrations.

“The unveiling of this major new installation by Martin Boyce is a fitting contribution to the Homecoming Scotland Finale Celebrations. Having just completed a very successful run representing Scotland at the world-renowned Venice Biennale of Art, there is no doubt that Martin’s work is of the highest quality. At the forefront of contemporary visual art, he continues the long history of Scots making important contributions to the world – exactly what the Homecoming celebrations are all about”

Simon Groom, Director of Modern and Contemporary Art, said: “The 50th anniversary of the Gallery provides us with a wonderful opportunity to celebrate one of the great European collections of modern and contemporary art, and to demonstrate our commitment to collecting and showing the very best national and international art here in Scotland. We are extremely grateful to Homecoming Scotland for their support in helping us bring such world-class art to a wider audience. “

Throughout our anniversary year the displays will change on a rotating basis. As well as showcasing new displays from the collection, this dynamic programme will also consist of new commissions from many leading Scottish and international artists. Details of which will be announced throughout the year.