A quasi-scientific presentation of seminal exhibitions from the past, through primary evidence such as original texts, images, clippings, scans, transcriptions 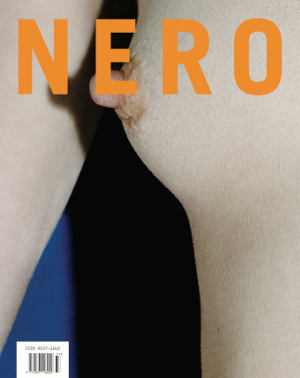 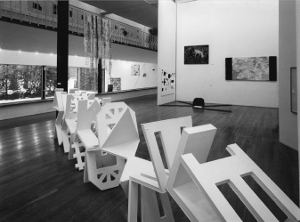 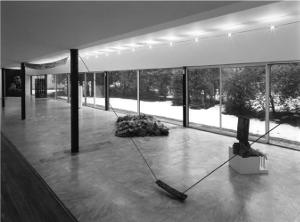 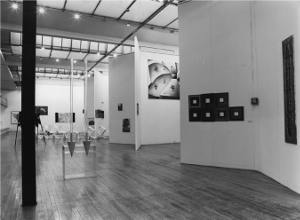 Notes:
In 1986 Corrado Levi curated one of the most influential Italian exhibitions of the last thirty years: Il Cangiante. It was a seminal event for many reasons: the juxtaposition of the artists, the exhibition design, the critical writing, the revaluation of underappreciated figures. Levi set up a confrontation between the youngest artists (such as Bruno Zanichelli) and the most famous artists of the period (such as Francesco Clemente).
The project was conceived without hierarchies and without thematic preconceptions, but guided by a very personal and instinctive approach. Il Cangiantewas an audacious, ephemeral and startling exhibition, and, owing to its unique characteristics, remains an example to follow to this day.
Corrado Levi is an artist, architect, curator and writer. In his own words "He was born in Turin in 1936, he has lived in Milan, was Saint John by Franco Albini, taught sophisms at the Faculty of Architecture in Milan, wrote of art and love, attended to young artists in Milan and New York, loved contingency, paradox, nothingness." Since the early 1980s Levi has been an influential cultural animator, especially in Milan, where he transformed his studio on Via San Gottardo into a space for experimentation for young artists, through a series of solo and group shows. This made it the first project-space in the city.

The catalog: I didn’t want to write an introductory essay – I explained the things I’ve been telling you now. It would have been fairly easy, but I didn’t want to... partly because the whole process of the exhibition is clear to me now, but I didn’t want to think about it too closely, I didn’t want the show to become the practical version of the theory. I prefer theory to be an interpretation of the exhibition, in other words, reversing the sense of the theory...
I don’t believe that theory precedes things, and an art exhibition in particular needs to be an art exhibition, not an educational event. I built up the theory as I was setting up the display, it became clear while I was putting the pictures up, when I had to invent the flowers – sorry if I say “invent” – while I was betting on the flowers. So the theory came later, a month after the catalog was finished. A month earlier I certainly couldn’t have said the things I’m saying now that the exhibition has come to an end.
And there’s also a huge theoretical aspect behind this refusal to make a theory about the show in the catalog: I mean the things with a “no” in front of them in this list are just as important as the ones with a “yes.”
The works in the catalog are arranged in alphabetical order, so I had the pleasant surprise of seeing who was measuring up to whom, who happened to be there. For example, Accardi was with Anselmo on the first page. I enjoyed these combinations like a gift from the cangiante, which I hadn’t expected.
There are little comments on the works, and a comment is a sort of subtitle that I gave the works. I first thought “I’ll write three lines for each artist, for each work,” because it’s an exhibition of works, not artists, so I chose the works, not the artists, and then the three lines became half a line and then half a line was too much. It was a sort of reduction, partly out of a sort of snobbery, partly because of the wealth of materials, and I thought the comment had to be far leaner, but I didn’t want theory.
There had to be subtitles, not explanations, because there’s nothing to explain. There are no judgements – it would be crazy if I started making judgements, because I like all of them... because red’s better or green’s better in the cangiante when you move from one to the next... No, it’s better not to have either – no judgements, no explanations – just tangents. A tangent is a line that touches a curve at a certain point and tells you something about the curve.
Fortunately, it doesn’t tell you everything... it says something about the curve at that particular point, it gives you the curvature there, and the orientation, but not everything... I don’t presume to think that a work of art can explain everything. Points of it can be touched, and I chose a number of points, a point of richness for each work, and I carried out this tangent operation... I think there’s still cross-fertilization between literature, art and criticism, in so far as I’ve put in my experience with the words of a poet – not like trading in words, knowledge of words.
Interaction with the institution: Italy’s a strange country where nothing ever works, there’s nothing, and then they let you do a course like this, and I don’t even know what’s going on with the Board. They serve you up an exhibition to put on, saying “do what you like”... and you really do what you like, I didn’t have the slightest interference from the institution, I had unconditional support, affection and respect. Here, I don’t know, maybe it’s the fact that I never ask for anything, I’ve never asked for anything, I didn’t lift a finger to get this exhibition, I was very excited when they asked me, when I went up the stairs to see Dottoressa Garberi, who called me to give me the job, but I didn’t do anything to get it, and then I was in this great position, because without even lifting a finger it was clear that I had absolute freedom... Italy’s really strange... or rather, there are different social needs which are met in Italy, at least there’s a search for these things, these things do happen...
I mean it’s not true that the institutions are always closed, always bigoted, always against culture. They are, the institutions are, but there are cases when they aren’t, even without a social aspect, for their internal needs, and I’m so grateful both to the school, and to this museum, for they let me do things with you and with others... I’ll stop here, but if anyone has a question or wants to discuss something, I’d be only too pleased.