Within the Shadow of a Doubt

A complex relationships between the body, works of art, and the museum space 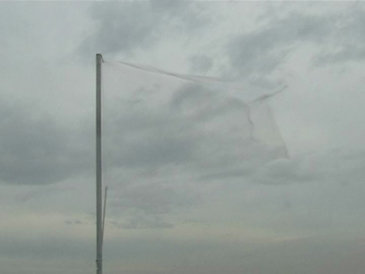 In the shadow of a doubt, and in its vicinity, we find selected pieces from a collection that ordinarily resists the discrete charms of display.
These recently acquired works are the reason why the institution has ceased to function as a place of consecration in order to transform into a space of experimentation, a ground open to all kinds of critical maneuvers and operations.

The works belonging to the FRAC Lorraine collection assume the form of deambulation across imaginary spheres which divide the world into material and immaterial, into reality and its fictional representation.
Following a skillfully orchestrated scenario, the visit underscores complex relationships between the body, works of art, and the museum space (the play of attraction, fear, and seduction), and dissolves the ambiguous boundaries between discourse and its beliefs. By detecting psychological mechanisms of reception and assimilation tied to the intensity of real and imagined bodily sensations (Décosterd & Rahm, M. Bonvicini or A.V. Janssens), these works provoke auto-performative experiences in the visitor who has become an actor in this ephemeral story.

Alongside those intense experiences, the works of K. Sander, E. Dekyndt, and C. McCorkle, with their subtle visibility, mark out an autonomous, infinite territory, a sort of cartography of desire, in Deleuzian sense of the word. Then come strictly oral interventions (I. Wilson, Beier & Lund, Dector & Dupuy) which raise the historical question of transmis- sion of knowledge and its validity in visual and performance arts. Finally, the return of the repressed, of the concealed, constitutes another pivotal point of reflection, tied to the notion of intimacy endangered by our society (M. de Boer). Several artists (D. García, arT errOriste, T. Mouraud) come to question the connection between seeing (video surveillance) and power, and the implications of this omnipresent gaze. Voyeuristic gaze and the exhibitionist temptation, along with an incitation to perversion, are close at hand.

Designed as a sort of manifesto of the impossibility to materialize a thought in an object, In the shadow of a doubt treats the exhibition as a protocol for experiences, making it possible to encounter works of art in action and in “re-action”. The life-force of the works has been restored.